After losing 3Par, Dell’s enterprise challenge remains a mix of technology and time 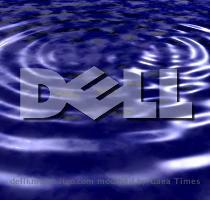 SEATTLE — Dell Inc. doesn’t have to start over in its quest to become a significant purveyor of technology for businesses after losing a multibillion dollar bidding contest for an obscure data-storage maker.

But it won’t be easy, either, for Dell to shake its “Dude, you’re getting a Dell” image and move into the more profitable business of selling powerful behind-the-scenes technology to other companies.

Dell, which launched the bidding contest for 3Par Inc. on Aug. 16, conceded defeat Thursday and said it won’t match the latest offer from its archrival, Hewlett-Packard Co.

HP raised the stakes to $33 per share, or about $2.07 billion — 83 percent above Dell’s first offer and more than three times what 3Par stock was trading at then. Dell’s latest offer had been a dollar per share less, or about $2 billion.

Dell was hoping to buy 3Par so it could diversify its business more quickly.

Although HP was able to expand beyond the business of selling computers, Dell has remained very much a computer company, with more than half its revenue coming from PCs last fiscal year. Rising component costs and the PC industry’s race to rock-bottom prices, accelerated by the rise of cheap netbooks from competitors such as Acer Inc., combined to sap much of the profit out of Dell’s core business.

Through a string of acquisitions, Dell has raced to follow IBM Corp., HP and other high-tech companies into the more lucrative business of selling data-center hardware and consulting services.

And while its servers do not generate as much revenue as its PC business, Dell is a leading maker of x86 servers, a low-end product for companies and data centers. Those servers are seeing a surge of demand as improvements in technology make them increasingly competitive with more expensive servers. In the second quarter, Dell was the second-largest maker of server computers by number shipped, according to Gartner Inc.

But Dell’s ambitions have often been met with skepticism because of its lower-end focus, and because it started branching out later than its competitors. In the meantime, the market has grown more crowded; database software maker Oracle Corp. began selling servers after acquiring Sun Microsystems in January, and networking equipment king Cisco Systems Inc. started to build its own servers last year.

Even Dell’s biggest acquisition to date, Perot Systems, didn’t carry the weight Dell might have hoped, Forrester Research analyst Andrew Reichman said. The large technology-consulting business, which Dell bought last fall for $3.9 billion, isn’t influential enough “to really move the needle as much as Dell would need to be on an equal footing with HP and IBM,” Reichman said.

“People see them (Dell) as box-pushers,” he said in a recent interview.

Dell defends its strategy of staying away from huge storage or server systems and says it sees more value in selling building block servers and storage appliances that customers can link together when they need to grow.

“For those customers who have bought from us, who are our customers, even the largest ones are very satisfied with our ability to solve their data-center needs and really stick with us,” said Praveen Asthana, Dell’s vice president of strategy for its enterprise technology segment.

But Dell, like its competitors, is eyeing cloud computing, a massive shift just under way in data-center technology, as the next area of rapid growth and sweeter profits.

To take advantage of it, Dell needs to beef up its product line and set itself apart from the competition. Dell could have used 3Par, which makes the sort of massive, high-end systems that Dell had stayed away from.

But that isn’t the only option, especially at such a high price, said Morningstar analyst Michael Holt. Dell can still consider other storage providers, companies that make data-center management software or makers of networking equipment, he said.

Increasingly, companies aren’t buying their own computer servers for certain tasks anymore. Instead, they’re paying to have software they would have stored on those machines delivered to them over the Internet.

Cloud computing is attractive to Dell and the others because the systems are designed to be shared by multiple customers, which spreads out the cost of operating pricey equipment. Servers and storage computers need to ramp up or scale down quickly based on demand to give all the customers the same high level of service. Storage machines from 3Par are made for that kind of system.

Dell, HP and others are trying to decide how many pieces of the cloud puzzle they need to own, and how many they can offer through partnerships. All are trying to make their data-center solutions more flexible and less expensive, and make it easier for customers to get new programs running.

Owning the entire range of products might make it faster to get a customer up and running, but it might mean some parts are not the best of breed, said Adrian O’Connell, an analyst for Gartner Inc. Every company will see the trade-offs differently.

For Dell, O’Connell doesn’t believe 3Par would have been a critical piece. Dell’s bigger challenge, he said, is to come up with a unique vision for the entire data-center structure.

Dell also needs to train its sales staff to sell that vision to high-level technology executives. Gaining their trust takes time, he said.

“If you’re an IBM or an HP or a Sun/Oracle, you’ve got a heritage of many, many years of selling mission-critical systems into those very large customer environments,” O’Connell said. “Dell has to prove it’s got a right to be there.”

NEW DELHI - Opposition Bharatiya Janata Party (BJP) will protest outside the Delhi assembly after a ...