FBI Allegedly Spying On the Internet Population Since The 90’s 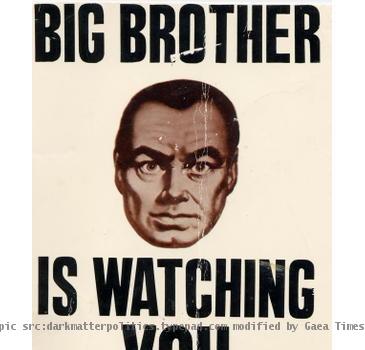 In a shocking revelation it is being reported that FBI had planted a “number of backdoors” inside OpenBSD’s IPSEC (Internet Protocol Security) stack, its a stack used by major sites around the world. The person responsible for this and who has claimed to carry out the actions said

I wanted to make you aware of the fact that the FBI implemented a number of backdoors and side channel key leaking mechanisms into the OCF (OpenBSD/FreeBSD Cryptographic Framework), for the express purpose of monitoring the site to site VPN (Virtual Private Network) encryption system implemented by EOUSA (Executive Office for United States Attorneys), the parent organization to the FBI.

This is also probably the reason why you lost your DARPA funding, they more than likely caught wind of the fact that those backdoors were present and didn’t want to create any derivative products based upon the same.

If the serious allegation by NETSEC’s former Chief Technology Officer Gregory Perry is found to be true then every single person who has been exposed to this protocol is potentially exposed to FBI’s spy network. Theo De Raadt, OpenBSD project leader received a mail today where Perry claimed to receive money for carrying out the action. After the mail was circulated among the OpenBSD personnel a witch hunt ensued to find the aforementioned exploits. The doors are supposedly planted by NETSEC developers

It is alleged that some ex-developers (and the company they worked for) accepted US government money to put backdoors into our network stack. Since we had the first IPSEC stack available for free, large parts of the code are now found in many other projects/products. Over 10 years, the IPSEC code has gone through many changes and fixes, so it is unclear what the true impact of these allegations are.

We seem to be on the fast track to a Big Brother state this very moment. My question is what did Wikileaks do wrong then.

BERLIN/WINDHOEK - Islamist terrorists have been planning to attack Berlin's Reichstag building, the ...

LONDON - Leonardo DiCaprio is set to star in 'Legacy of Secrecy,' an adaptation of a book about the ...

LONDON - Hollywood actor Leonardo DiCaprio is teaming up with his father George to produce a new mov...

LOS ANGELES - Hollywood actor Leonardo DiCaprio is teaming up with his dad George to produce a film ...

WASHINGTON - The owner of a small firm in California confirmed Friday that he was the manufacturer o...

Indian-origin woman in US stole ï¿½21m to go shopping

LONDON - An Indian-origin woman in the US, who stole 21 million pounds from her work to go shopping,...