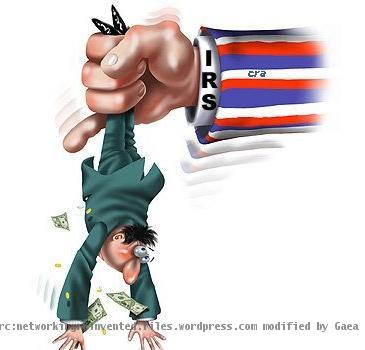 Billions of dollars and loads of personal information are involved in the current heavy tax season managed by Internal Revenue Service (IRS). IRS extensively depends on computerized systems to support its financial and mission-related operations. In a latest report by Government Accountability Office (GOA) it is disconcerting to see that Internal Revenue Service (IRS) fails to secure private information. According to a report from Government Accountability Office, 69% of the tax agency’s already registered security flaws are unattended and continue to risk the confidentiality, integrity and availability of IRS’s systems. GAO informed that the problems will place IRS at increased risk of unauthorized disclosure, modification or destruction of financial and taxpayers information.

GAO provided a picture of the loopholes in security, According to them IRS

This will increase the risk of compromising administrator password and it will be used by unauthorized users for a longer period of time to gain unauthorized access to server resources.

In its two UNIX systems at two centers, IRS employees continue to use weak passwords and stores clear text passwords in computer program scripts at another center. Moreover, the passwords remains unprotected during transmission. For instance, the IRS implemented weak authentication protocols for networks logons. There are ten servers including domain controllers, configured to accept an authentication protocol, which is vulnerable to widely published attacks for obtaining user passwords. This clearly increases the risk of crackers hacking user passwords and use them to gain unauthorized access to IRS systems,

However, the report included some face-savers for IRS which provided that,

IRS has corrected 28 security control weaknesses previously identified by the GAO and continues to work on other information security weaknesses at its three computing centers.