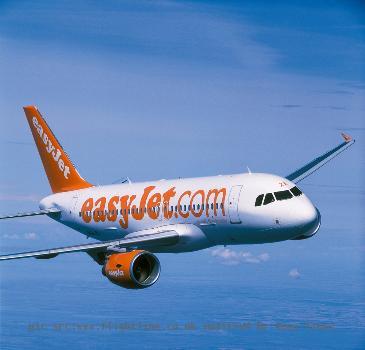 UNITED KINGDOM (GaeaTimes.com)- Everyone is aware of the disruption caused by the volcanic ash that brought air traffic in Europe and Asia to a halt a few weeks back and result in loss for the airlines all over the world. A solution is at hand, if the latest method adopted by budget carrier Easyjet is implemented by other airlines. This UK based no frills airline which is a rival of Ryanair has opted for a new technology that will detect volcanic ash present in the air. The volcanic ash is considered dangerous for the engine of the aircraft and it may result in failure of the engine, causing accident.

The new Airborne Volcanic Object Identifier and Detector is a system that uses infrared apparatus on aircraft to provide pictures of volcanic ash to controllers and pilot of a plane. The system works between altitudes of 5,000 and 50,000ft. The device allows the pilots to alter the route of the aircraft according to the presence of volcanic ash in the air. Andy Harrison, the EasyJet Chief Executive is sure that it will give the airline a lead over the rivals in terms of safety. The system has been made by Norwegian Institute for Air Research.

Airbus will carry out test flights for Easyjet to see how the system works in volcanic ash concentrations. It will be done using a customized Airbus A340 test aircraft. Easyjet had to cancel almost 1600 flights during the Icelandic volcano eruption phase. The AVOID system can trace presence of volcanic ash within 100 km of the aircraft and hence it is quite effective.