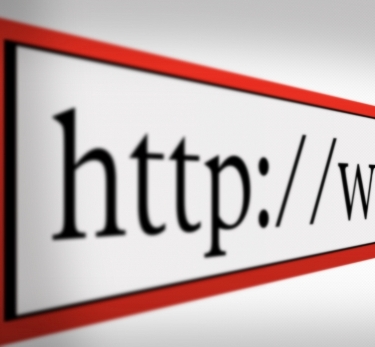 CIOL (Cyber India On Line) broke out this interesting story about adult website that I would like to share with you. The story begins with a beautiful young woman, scantily clad, posing in front of a web cam, chats with customers over the Internet throughout the day. Melona Espinoso, 32, a mother of two kids whose online name is ‘yummydoll4you’ says about the portal she works for, “It’s tiresome, sitting everyday on the cushion in this runty space surrounded by floral curtains in a shape of room-walls and keep on chatting with customers. But the good part is that every two weeks I get some 7500 peso (local currency) to support my living and family “.

She, like many other Filipino women, works for many online adult websites and earn their living. The entry of this type of  online flesh trade that is operated from unknown locations across the world is a kind of one way traffic as Melona points out, “Hard to get out once you entered.” Although, Melona disclosed the name of the website, myfreecams.com, for whom she works from home,  but, she does not say anything about those people who operate it. The portal runs online live Cam chat. These females go to any of the popular online chat rooms like Yahoo and others, where they try to catch the  attentions of other chat room users by posting hot messages and trying to become more intimate. Once the user gets trapped, the girl tries to drive the users to adult portal from the chatroom.

According to the journalist, Alexander Villafania, Philippines have laws against human trafficking and cybercrimes, and even if the females work for adult web cam sites from home, both of the laws are applicable. “But most of such sites are hosted and operates from outside the country and are unregistered here, so the local government can’t take action against them,” Villafania says. High level of unemployment may be the reason and that’s why females are forced or encouraged to get into in such online adult activities to support living, he added.

“There’s a lack of skill sets among people, which is needed for specific kind of jobs and industries. And this has led to a situation of under-employment and so you find a large population working outside the country. Also, most of such sites are hosted and operates from outside the country and are unregistered here, so the local government can’t take action against them,” he said.

NEW DELHI - A renowned London University scholar on Myanmar has confirmed that "North Korea is prese...

George Clooney may star in 'The Man From U.N.C.L.E'

LONDON - George Clooney is reportedly in talks to play Napoleon Solo in a big screen adaptation of '...

LONDON - An expert at University of Reading, UK, is examining the use of nanotechnology to restore s...

A maid knew of the Will-Kate engagement before the Queen

LONDON - A maid in Kenya was told about the engagement of Prince William and Kate Middleton - before...

LONDON - Rumours that Anna Kournikova has secretly married Enrique Iglesias were fuelled, after the ...
Copyright© 2010 The Gaea Times