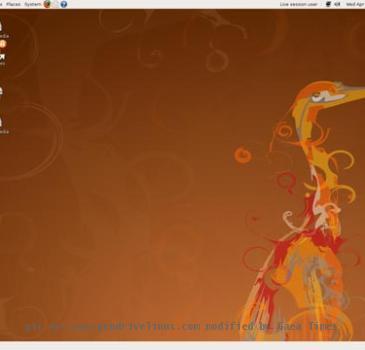 Ubuntu Desktop edition has one of the most impressive user interface. Ubuntu’s level of support for the desktop products is highly superior, making it distinct in this class of desktop Linux distributions. It has a complete productivity suite. This Desktop Linux distribution allows users all the features you can expect from a Desktop PC including surfing the web, creating documents and spreadsheet, reading email, editing images and much more. It runs a complete productivity suite that includes all the key desktop applications that are required.

Users can open, edit and share files with others having Microsoft Office, Word Perfect, KOffice or StarOffice. The task bar offers update available for your system, from simple security fixes to a complete version upgrade. There is a vast library of free software packages available for download and install completely free.

Desktop Ubuntu is available for PC 64-bit PC and Intel-based Mac architectures. Other system requirements include 256 MB of RAM for alternate install CD and 384 MB of RAM for live CD based installer. The install requires at least 4 GB of disk space. 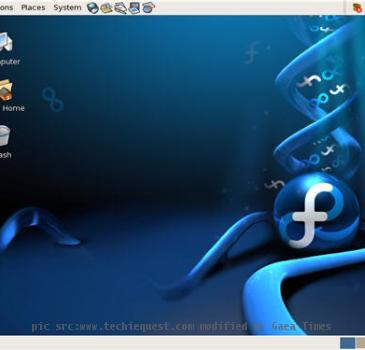 Fedora is the most popular Linux disto funded by Red Hat. For most Linux-freaks Fedora is the bleeding edge of Linux. With Fedora 13 queued up for release on May 25, the Linux distro is geared for the more experienced and power users.  Fedora has been seen as an excellent Linux distro for Linux experts. Given its commercial uses, Fedora remains a widely used Desktop Linux distribution.

The Fedora 12 release features KDE 4.3.2, GNOME , Linux 2.6.31.5, Xorg X Server 1.7.1, and GCC 4.4.2. It also includes the KOffice office suite, Empathy instant messenger, Evolution PIM, Juk music player, and loads of games. Their library has tons of free and popular software. The distro offers a PackageKit for software management as well as update function.  With its easyLife(https://easylifeproject.org/) users can install and configure extras such as sudo with proprietary graphic drivers, non-free software like Flash, java, and multimedia codecs, and Skype.

Fedora 12 uses one of the newest versions of Xorg X Server that provides graphical platform for window environment. It comes with several useful and fun features such as the ability to use multiple pointing devices, such as two mice or a mouse and a tablet simultaneously. This will enable two users to work on the same desktop. The Linux distro also provides better hardware support for video cards, webcam, tablet, and Bluetooth. Tablet support has been added for Inkscape and GIMP.

We had been reviewing the features of all recent Fedora distro releases. You can have an in-depth study of features in Fedora 11 Leonidas, Fedora 10, and  Fedora 13 . 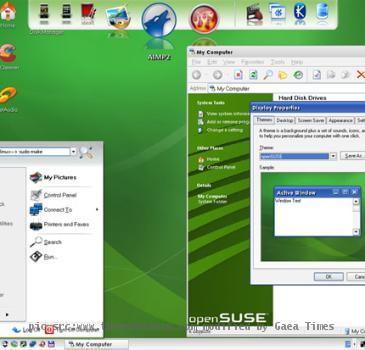 We would discuss on the OpenSuse 11.2. The Linux distro for desktop is a unique combination of ease-of-use on the surface and advanced options for power users. OpenSuse flaunts of a most impressive user interface. It’s displays widget with equal and symmetrical spacing and placement, nice window decorations and wallpapers at first boot, pleasing boot and login splashes, tidy menus, and utilitarian panels all add up to enhance user experience.

The best two features of openSUSE are the installer and YaST Control Center.  The installer has a graphical wizard that makes installation a cake walk. This would be great for home users. One of the best things about OpenSuse is the advanced options such as the Linux Volume Management, RAID setup, static IP addresses, etc are easy to find.

YaST Control Center provides one of the best things in business, if not the very best. They have just one rival and YaST offers several extra advanced configuration options. The most advanced administrator might appreciate the convenience and ease of graphical wizards and configurations. Further with YaST users can tweak their bootloader, set up users, manage security features, set up Virtualization, backup and restore their system, and much more.  The YaST Control Center is a centralized hub, which allows users to accomplish software management. 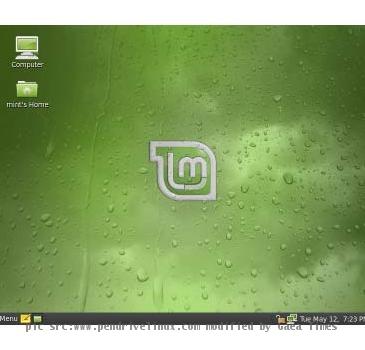 This is probably the most user-friendly Linux distro for Desktop. Mint combines the benefits of an extensive Ubuntu repository, the proven Debian core and an user interface, which is somewhat close to Windows.

What sets apart Mint is the tools, the set of applets or small applications, pre-installed extras and a customized theme package. It supports MP3s, AVI video files, Java, and proprietary hardware drivers. It’s somewhat like purchasing a tuned card straight from the factory, however Linux Mint comes free.

Linux Mint has a sleek and attractive look with shades of minty green and black. It features a task bar similar to Windows - start button, quick launch and tray icons that are right where they are supposed to be. It is the same for windows switching area. It’s great for first-times on Linux looking to adjust with the UI.

The menu is pretty similar to Windows Vista and 7, enabling faster access to system locations, applications or configuration panels. In case you have a several applications installed  Mint Menu makes it easier to use by organizing them in a category: Office, Internet, Administration etc. With its “Filter” search box users can perform actions based on keyword automatically.

Linux Mint Install is another cool applet that replaces the much familiar Add/Remove Applications. It is neatly organized in categories, featuring descriptions, ratings and reviews.

Mint Update keeps all the software updated with the latest patches for security and performance. Further, Mint Update works with all the applications installed using Mint Install as well as the system packages. The Control Center is a feature that will look familiar to KDE users. It sets an aggregating of all the available configuration applets with complete search bar and categories. 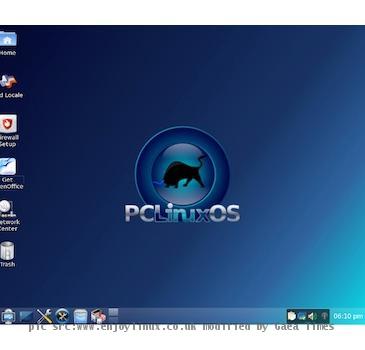 In case you are looking for a fast lightweight desktop then PCLinuxOS Openbox Edition is for you. PCLinuxOS 2010 offers an optimum out-of-box desktop experience to KDE 4. In particular KDE menu needs to rationalize their theme. This time Tex and the Gang has offered 7 releases - Main KDE Desktop, KDE MiniMe Desktop, Gnome Desktop, Gnome ZenMini Desktop, LXDE Desktop, XFCE Desktop and Openbox Desktop.