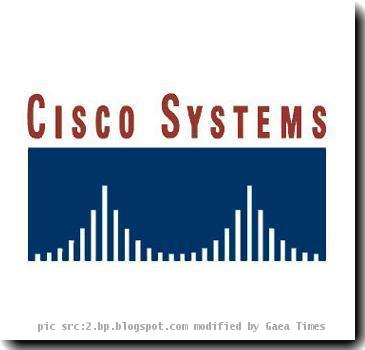 Cisco unfurled a significant breakthough in Internet networking, which they claim will “forever change the Internet”. The leading supplier of networking equipment and network management for the Internet, Cisco announced a new CRS-3 Carrier Routing System (CRS) that is expected to play the keystone for next generation Internet. The upgraded router will be a giant leap for video transmission, mobile devices and new online services. Cisco CRS-3 will open up new ways to collaborate in the workplace. However, there is a wider opinion that Cisco’s new product is over hyped, let’s find out.

To begin with we take a quick snap of the CRS architecture before we move to the implications. As provided by Cisco CRS-3 is powered by Cisco QuantumFlow Array - a chipset architecture engineered in multiple dimensions of scale, services, and savings.

The packet-data communications will be replaced by video and rich media crossing the IP Next-Generation Network (NGN) in multiple directions. The media-aware Cisco IP NGN, a part of medianet will allow Cisco CRS to ease out the strain on network. This implies efficient management of multidirectional traffic of network and data center cloud interactions.  CRS-3 will enable integrated service delivery of Internet and cloud services with service intelligence spanning IP NGNs.

Cisco CRS-3 claims to redefine the efficiency of routers. Initially, the consumers might not notice the change when the Cisco’s new router is installed. Overtime they might experience the benefits of upgraded infrastructure.

This will be a next-gen router capable of carrying 12 times more online traffic than existing industrial routers and offer a higher speed. The router is capable of handling 322 terabits of traffic per second. As Cisco describes, the capacity is enough to download the entire printed collection of the Library of Congress in just over one second.

The router has been designed to transform the broadband communication and entertainment industry by speeding up the delivery for better experience.For instance, it will take just a few minutes to streamline any movie  ever made in less than four minutes or allow someone in China make a video phone call in a jiffy.

Clearly the router would be a boon for video-based applications, high-definition TV, video conferencing, and 3D TV.  can be offered to the mass market

It will allow new revenue opportunities for the large-scale Internet service providers such as AT&T, Verizon Communications, Level3, and Sprint.

CRS-3 models are based on CRS-1 and will allow backward and forward compatibility. This reduces the concerns of existing and future investments for future.

Cisco’s efforts to assign CRS-3 a revolutionary status has been criticized by most techies. As cnet describes, it’s an “hype machine”, but a significant improvement. The new router is three times faster than CRS-1 introduced in 2004.

The price could be an issue, only if considered beyond the big-time Internet service providers. Tagged at $90,000, the router is far from affordable for the small scale ISPs, such as those selling 10 Mbps broadband service to consumers.

Cisco’s router appears to be just another upgraded product, but has the potential to revolutionize Internet giving rise to a new era of video-enabled Web services.