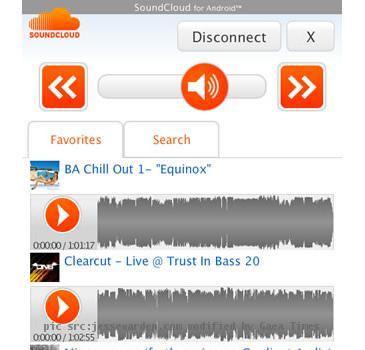 Android users have more reasons to cheer as the newly furnished SoundCloud is arriving on the popular SmartPhone platform. However the app actually cuts corners in a few features. We really think that some more polishing should have been done before rolling it out.

The app was very recently named as one of the Top Cloud Apps of 2010 thus making us sad about the stunted version on offer at the moment. The downers range from a draconian record limit of 5 minutes and the inability of the user to add their location vide Geo location. The user is unable to make comment on their own recording. Also there is virtually no support for social media sharing as of yet. The company however has this to say

Today’s release is the start of an iterative process that will see additional updates, including comment and sharing features, made to the Android app over the coming months.

Till then bask in the newly revamped record feature and store recordings after tagging them with pictures locations etc.

Now this is a device that looks like its from the future literally. Well to be fair its a concep...