James Gosling, The Java Inventor, Resigns from Oracle, The End of an Era for Java and Sun 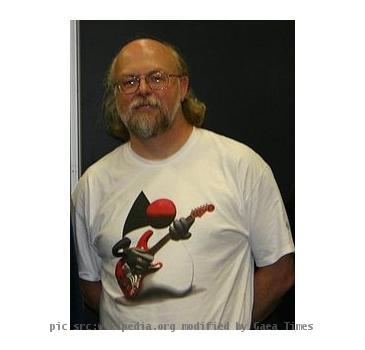 People think of security as a noun, something you go buy. In reality, it’s an abstract concept like happiness. Openness is unbelievably helpful to security

Sun’s openness seems jeopardized, as James Arthur Gosling, the man behind Java programming language calls to quit, leaving his brainchild in the hands of Oracle. In January 2010, Oracle acquired Sun Microsystems, following the five months of investigation by the European Commission’s Competition Commissioner. Gosling was allotted the chief technology officer (CTO) seat for Oracle’s client software group, prior to which he was the CTO of Sun’s developer products group. Gosling, who turns 55 this year, had been working for Sun Microsystems, since 1984.

Gosling made a humble sign off from Oracle more than a week ago, but it was only late Friday that the news was public. For all the sniffing journo’s who were digging up to reason his resignation, he explained.

As to why I left, it’s difficult to answer: Just about anything I could say that would be accurate and honest would do more harm than good.

Gosling’s exit follows a number of noted ex-Sun employees since Oracle’s take over of the company was finalized that includes CEO Jonathan Schwartz, and XML co-inventor Tim Bray. Clearly, the Sun employees doesn’t seem to breath comfortably in Oracle.

Gosling has some defining moments to be archived in history of Java program development. In 1991, led a small group of engineers to build an object-oriented programming language that would run on a virtual machine. It would allow programs to run on multiple platforms, such as television set-top boxes. The was the breakthrough that laid the foundation for Java, which revolutionized the web world with its inclusion in the Netscape browser. He created the original design of Java and implemented its original compiler and virtual machine. Prior to joining Sun Gosling wrote a version of emacs (gosmacs), and while at Carnegie Mellon University he built a multi-processor version of Unix, as well as a number of compilers and mail systems.

Time to move on

It’s hard anticipate what the Java founder has for next, but there are reflections, interpretable from some excerpts on his blog

Yes, indeed, the rumors are true: I resigned from Oracle a week ago (April 2nd). I apologize to everyone in St Petersburg who came to TechDays on Thursday expecting to hear from me. I really hated not being there. As to why I left, it’s difficult to answer: Just about anything I could say that would be accurate and honest would do more harm than good. The hardest part is no longer being with all the great people I’ve had the privilege to work with over the years. I don’t know what I’m going to do next, other than take some time off before I start job hunting.

Gosling in some ways reminds of Neo in the Matrix movie, who possesses a genuine free will, one who’s defies the innate nature of Oracle. However, what’s significant for Java aficionados is, his exit marks the end of an Era for Java and Sun.

MELBOURNE - Jon Bon Jovi is set to take the stage for 300 guests being flown out for Oprah Winfrey'...

MOSCOW - An international conference on saving the world's tigers from extinction got underway in St...

PANAJI - The 41st edition of the International Film Festival of India (IFFI), billed by organisers a...

'The Chronicles Of Narnia': Third Movie On The Way

LOS ANGELES (GaeaTimes.com)- 'The Chronicles of Narnia' films are an all time favorite with kids...

LONDON - Former James Bond Sean Connery has been asked to pay a 51-million-pound bond or face an inv...
Copyright© 2010 The Gaea Times