Review: Even if you’re a Muggle, ‘Lego Harry Potter’ casts a spell 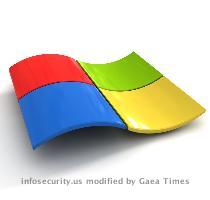 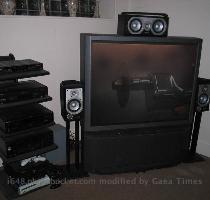 There isn’t a pop-culture franchise better suited for video games than the Harry Potter epic. It has magic, combat and a vast imaginary world to explore. It has appealing heroes, dastardly villains and awesome monsters. It even has its own sport, Quidditch, which should be a blast to play in virtual space.

So far, though, the Electronic Arts-published games that have accompanied each of the Potter movies have been disappointingly earthbound. That’s partly because they’ve been so tightly restricted to the plotlines of the films; game designers are never at their best when they’re just trying to duplicate another medium.

The U.K. studio Traveller’s Tales has managed to escape that rut with its Lego video games, starting with 2005’s “Lego Star Wars.” Recasting icons like Han Solo, Indiana Jones and Batman as cute Lego figures has given the studio license to mess with their respective canons, making the resulting games lighter, more nimble and funnier than official tie-ins.

“Lego Harry Potter: Years 1-4″ (Warner Bros., for Microsoft’s Xbox 360, Sony’s PlayStation 3, Nintendo’s Wii, $49.99) brings that silliness to the first half of J.K. Rowling’s saga. It begins with Hagrid delivering baby Harry (whose trademark glasses are already painted on) to his Muggle relatives. Fast-forward 10 years and Harry is ready for Hogwarts.

The wizardry school is the game’s primary setting, and it feels like a character all on its own. It’s crammed to the rafters with secret rooms, haunted objects and hundreds of spell-casting targets. You can zap most objects to earn “studs” (currency in the Lego universe), but you’re also rewarded if you use your magic wand to clean up messes or reassemble broken devices.

On most levels, you control Harry or one of his closest pals, Ron or Hermione. Each has a special device — Harry’s invisibility cloak, Ron’s pet rat or Hermione’s spellbook — so you need to switch among them to solve some puzzles. However, since “Lego Harry Potter” is designed for cooperative play, it’s much more fun to explore Hogwarts with a companion.

Indeed, if you haven’t read all the books, it really helps to take this journey with someone who has. For one thing, your friend will be able to explain what all the exotically named spells you acquire actually do. And as entertaining as the game’s animated cut scenes are, they don’t explain the plot very well; someone who’s familiar with the tale will enjoy the gags much more.

There’s a wide variety of things to do in “Lego Harry Potter,” but it doesn’t do everything right. Quidditch matches are particularly disappointing; instead of controlling Harry on his broom, you control Ron and Hermione as they create havoc in the grandstands. There are also some technical problems, like inaccurate spell targeting and uncooperative artificial intelligence, that make some levels more difficult than they should be.

But those are minor issues in a game that’s certain to please acolytes of The Boy Who Lived. I’m not a big fan — but even I was won over by the Traveller’s Tales’ witty, enthusiastic interpretation of Harry’s world. Three stars out of four.

Warner Bros. is a unit of Time Warner Inc.