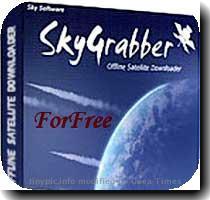 The internet is abuzz with news of U.S drones being hacked with a Russian software program. Clearly, US always enjoys a technological edge over its adversaries in wars. However, in a recent development as reported in WSJ, US feeds from US Predator drones were compromised. According to reports, feeds from US Predator drones were intercepted and recorded by insurgents in Iraq and Afghanistan, using the $25 piece of software called SkyGrabber. Insurgents in Iraq took control of the pointless drones using the SkyGrabber. They downloaded video feed with the software, which is essentially a satellite network snooper. Precisely, this is a sort of packet or token sniffing that is popular with teens.

Now what is SkyGrabber?  Essentially, SkyGrabber is an offline satellite internet downloader. That implies the software can intercept satellite data such as movie, music, pictures that are being downloaded by other users. It saves the information in the hard disk. 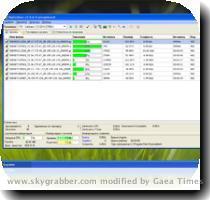 SkyGrabber works on Satellite internet, which is mainly used in remote areas or in areas where Internet access is not smooth due to slow speed and high cost of local Internet connections. In such a set up responses to the requests come from the satellite. The data is accepted by all who are in the satellite coverage area. The SkyGrabber intercepts data of other users, assorts them into files and saves the files in hard drive.

To have a first hand experience free download SkyGrabber

The Iraqui insurgents  pointing the satellite dishes into air and watching the downloads. The Iranian-backed insurgents intercepted the video feed from an unprotected communications link in some of the remotely flown planes’ systems. According to the sources, they regularly captured the drone video feeds.  It is used to intercept and record television feeds.

The incident warns military against the apprehensive shadow cyber war. It is sheer lack of intellect on the part of US military and intelligent use of satellite-intercepting software on the part of insurgents. This becomes clearer with in a few lines from WSJ that reads

In the summer 2009 incident, the military found “days and days and hours and hours of proof” that the feeds were being intercepted and shared with multiple extremist groups.

This would mean a blotch on US military that boasts with a superior digital-age technology.

This apparent security breach, which had been known in military and intelligence circles to be possible, arose because the Predator unmanned aerial vehicles do not use encryption in the final link to their operators on the ground. (By contrast, every time you log on to a bank or credit card Web site, or make a phone call on most modern cellular networks, your communications are protected by encryption technology.)

It could be interpreted that the final link between the drone and the operator is between a satellite flying around in space. That final link remains unencrypted for unexplained reasons which makes it vulnerable to anyone with a even cursory knowledge of network communications. To be more clear with the reason, we need to learn that

it’s not critical communications data that will put our troops at risk, so the extra $50 on encryption is unjustified

So money matters for U.S military

WASHINGTON - New air-flow technology is being tested as engineers feel that the overall design of...

Meet the armless man who can fire and reload a handgun with his feet!

LONDON - He has no arms, but that doesn't stop Michael from giving up his hobby - shooting. Michael ...

LONDON - UK Prime Minister David Cameron has voiced his support for the Duchess of Cornwall to becom...

SAN FRANCISCO (GaeaTimes.com)- The U.S. citizens are all set to make the best use of the Black F...
Copyright© 2010 The Gaea Times