US Marshals Saved 35,000 Naked Images On the Scanner From Just One Court 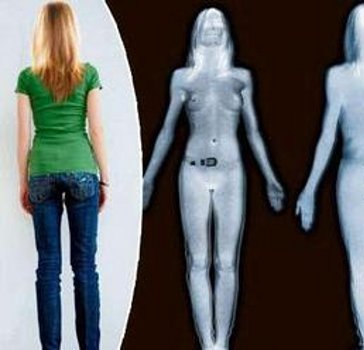 US Homeland Security has announced couple of months ago that body scanners are going to be used at virtually every major airport in the United States. Of course, everybody is not happy from the “virtual strip search,” because  a government agency has recently admitted to save those images with the persons’ birthday record. U.S. Marshals admitted of saving thousands of images  at the security checkpoint of a single Florida courthouse.

A Gizmodo investigation has revealed 100 of the photographs were saved by the Gen 2 millimeter wave scanner from Brijot Imaging Systems, Inc., The fact was disclosed by a FOIA (Freedom of Information Act) request after it was recently revealed that U.S. Marshals had  illegally saved those images of the scans of public servants and private citizens at a  Florida court house. This scanner isn’t of the same quality as the scanners used in airports which gives more detailed image.

The U.S. government says that this type of scanners are necessary because they are able to detect any concealed weapons.On the other hand, the Electronic Privacy Information Center and its executive director Marc Rotenberg told CNET that these “devices are designed and deployed in a way that allows the images to be routinely stored and recorded, which is exactly what the Marshal Service is doing. We think it’s significant.” I guess that the disturbing fact is that the image is stored for later viewing without the knowledge of the person. You may see the leaked video of the body scan here.