4Chan Attcks Visa, But It Recovers 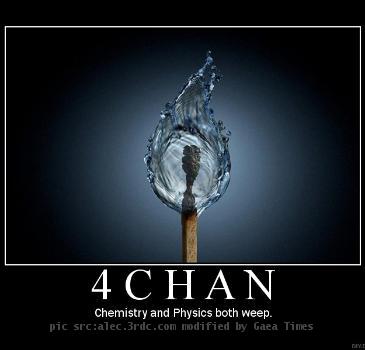 4Chan is definitely the wild west of the Internet. In a shocking development a group of hackers somehow connected with the imageboard had launched an attack on the MasterCard and the PayPal sites under the flag of “Operation Payback”. But as I write this report the group has handed another premier transaction site, Visa.com.
The group which is self referenced as Anonymous is aiming to make the sites pay for denying transaction benifits to Wikileaks.

The Visa site went down momentarily after the attack began and it is not upped since. The agenda of the group before these attacks was to disrupt services to sites which have taken active roles to prevent file sharing. A member of the group posted the following message on twitter

This is after Visa asked DataCell the site which was taking payment for Wikileaks to stop any such transactions. Update: Visa.com is now online

Privacy and the Internet has become seemingly mutually exclusive to one another thanks to the la...

New York (GaeaTimes.com) - The 4chan website has allegedly taken revenge to put a stop to the offenc...

New York (GaeaTimes.com ) - Jessi Slaughter appeared in Good Morning America for an interview on her...

SAN FRANCISCO (GaeaTimes.com)- YouTube is under attack from a user named 'ebaumsworld' who has p...

Kanye West Died?? Only in Rumors

The internet went abuzz on Tuesday, October 20th, after a rumor spread out that the American rapper ...