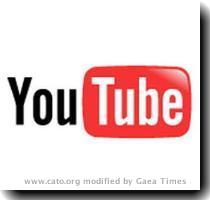 SAN FRANCISCO (GaeaTimes.com)- YouTube is under attack from a user named ‘ebaumsworld‘ who has placed malicious links in the comments are of the website. Several videos on the web have been under the attack. Though it is common for users to place links that redirect other users to other websites and pop-ups but the recent posts by ‘ebaumsworld‘ and ‘4chan’ has lead to various disturbing and abusive videos and pop-ups that can pose a potential virus threat for the users.

The comments ad links posted started with the users like ‘4chan’ and ‘ebaumsworld‘ targeting the Justin Bieber videos. The star has already been plagued by several obscene rumors over the last few months. The recent hacking of the net by the users have caused several other videos being affected. Users have been redirected to several unwanted pages and videos. ‘4chan’ has claimed responsibility for the corrupting of the video links of Justin Bieber. YouTube has been trying to solve the issue by blocking the comments.

The attacks on YouTube by ‘ebaumsworld‘ and ‘4chan’ has posed a serious virus threat to several users. Users have been advised to install or update their anti-virus to cope with the problem. They have also seen asked to turn off the comment option in their YouTube to avoid being redirected by the links. YouTube is trying to solve the problem within 24 hours as several videos all over the web have been attacked by ‘ebaumsworld‘. The news of YouTube being attacked has spread wildly on the web and became a hot search because YouTube is used by millions of people worldwide for videos and clips.