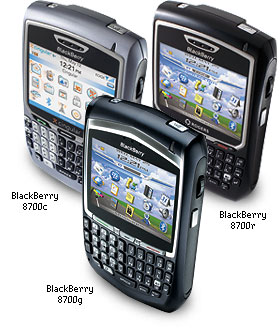 A booby-trapped game of noughts and crosses (BBProxy) has been used in Black Hat hacker conference to show how a Blackberry can be easily hijacked to steal confidential data.

Created by a security researcher the game contains malicious code that turns the popular mobile e-mail device into a backdoor into corporate networks.

The creator, Jesse D’Aguanno of security firm Praetorian Global, intends to release it publicly in mid-August.

Mr D’Aguanno said the Blackberry was a good choice for penetrating business networks because the gadgets were always switched on, stayed connected to a company and were so powerful that they could run programs installed on them.

By tricking someone into downloading and installing the booby-trapped game, perhaps via e-mail or simple social engineering, Mr D’Aguanno demonstrated how the Blackberry can become a secret route that takes attackers behind firewalls and defeats security measures. via BBC

Filed under: Computer Security, Hardware, Headline News, How To, Web

LONDON - The taxi driver who was behind the wheel when an Indian-origin woman was murdered after a c...

Brit-Indian honeymooner's wife's murder may be part of 'planned attack'

LONDON - Brit-Indian Shrien Dewani, whose wife was killed during their honeymoon trip in South Afric...

WASHINGTON - Scientists have identified the culprit behind chronic rejection of heart, lung and kidn...

CAPE TOWN - Cape Town Police have arrested a second suspect in connection with the weekend death of...

BEIJING - China Telecom, a major wireless service provider in China, has denied allegations that its...
Copyright© 2010 The Gaea Times