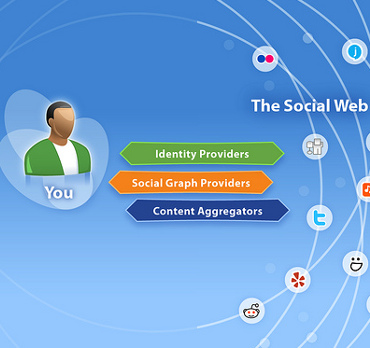 Facebook, Amazon and Zynga will invest in a fund named as sFund to develop application and services for the new generation of social web. The major share of $250m will come from venture capital firm Kleiner Perkins Caufield & Byers. The main focus is going to be on social start-ups for industries from consumer to enterprise and from health to mobile. It will not invest in direct competitors to Facebook, Amazon or social gaming company Zynga. “There’s going to be an opportunity over the next five years or so to pick any industry and rethink it in a social way,” said Facebook’s Mark Zuckerberg. KCB partner KPCB partner John Doerr also backed the same opinion. He told BBC news “These social networks are going to go from a half a billion people to billions of people connected on the planet and so represents an extraordinarily exciting time on the internet.” sFund is similar to KPCB’s $200m iFund that invested at companies who create applications for Apple’s iPhone, iPod touch and iPad.

The sFund is going to provide finance, advice and relationship capital for the new generation of start-ups to develop innovative social web. Businesses will be able to access Amazon’s web services platform for one year and they will also get business and technical support.  Facebook will give access to its platform teams, beta APIs, and new program like Facebook Credits.  The head of sFund Bill Gordon said “The companies we will invest in will be the Zynga of health, the Zynga of education, different kinds of commerce, of social utility, of finance. There is an opportunity to build Zynga-sized companies that will scale up. ” The sFund could be seen as a big blow to Google. When Mr doerr was asked question why Google is not participating in the fund, he commented “”Google is still developing their social strategy. Stay tuned.”

LUCKNOW - Alarmed by a spate of on-campus suicides, the Indian Institute of Technology, Kanpur is to...

WASHINGTON - It would now be possible to access ancient shipwrecks lying on the ocean floor, ...

Patients with kidney disease benefit from a diet high in fruits, vegetables

WASHINGTON - A diet high in fruits and vegetables can benefit patients with kidney disease, suggests...

WASHINGTON - A firefighter and a female city employee have been fired after they were caught ...

LONDON - At first, it looks like a scene straight out off a Star Wars film, but the futuristic new T...
Copyright© 2010 The Gaea Times