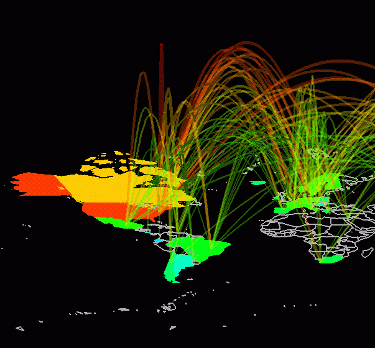 Facebook continues to dominate on the Internet. According to numbers released today by Experian Hitwise , Facebook accounts for nearly 1 in 4 page views in the United States. Hitwise stats further shows for the week ending November 13 and it says 24.27% of page views belong to Facebook, which is 4 times the volume of the site ranked number 2 - YouTube, with only 6.93% of all pageviews. Even if you combine YouTube plus Google’s search, it shows only around 12% of page views.

In July this year, Facebook reached the milestone of 500 million members. Mark Zukerberg said at the Web 2 summit that half of the members visit Facebook on regular basis. Hitwise reported in March that Facebook is the largest website in the U.S. with 7.07% of all U.S. visits. Google stand second with 7.03% visit. comScore reported in September that Facebook was behind Google, Yahoo and Microsoft.

LONDON - A prominent bishop has sparked outrage by predicting that Prince William and Kate Middleton...
Copyright© 2010 The Gaea Times