Hitler based parodies are a popular meme and for a good reason. Most of them including this one are simply hilarious. The passion he brings in his hatred for iPad can only be matched by Apple fanboys. 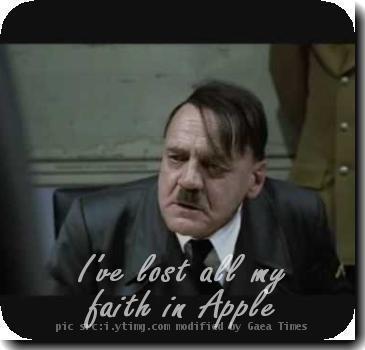 midnighblade created the video. Through the mouth of Hitler (used footage from a movie) he expressed the disappointment of hundreds of millions of potential customers of iPad who expected another game changer from Apple but got a damp squib instead. I would buy a netbook any day over iPad.

CHANDIGARH - A local court here Monday issued summons to the managing director, director and chief b...

NAGPUR - Rahul Dravid struck a classy 191 as India declared their first innings at 566 for eight and...

CHANDIGARH - An Indian Army operation to dispose off 17,000 pieces of scrap ammunition of unknown or...
Copyright© 2010 The Gaea Times