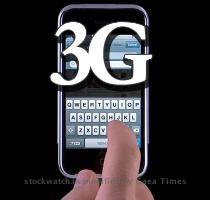 3G technology is fast changing the cellular landscape of India with high-speed transmission, advanced multimedia access and worldwide roaming. With government owned mobile service provider BSNL’s 3G service India’s mobile phone market is pepped up with lightning speed 3G technology. The arrival of 3G Spectrum auction opens up a new road map for next-generation mobile operators in India. For the consumers 3G service would enable access to a wide range of application right from the mobile phone. However, most of the 3G mobile phones are expensive enough to burn a hole in your pocket. We had already done with the top 10 3G mobile phones. What about those on budget and still craving to own a 3G handset? For those we provide you a list of low cost 3G mobile phones.

This is again a budget friendly 3G mobile phone. With a sleek design advanced technology and a world of amusement at your fingertips this The Nokia phone is one of the coolest 3G phones till date. The solution is complemented by A-GPS navigation and the latest version of Ovi Maps with aerial images, 3D landmarks for over 200 cities and smooth terrain map views. Not just these, the 3G phone from Nokia includes a host of features - Voice command/ dial, photo editor, Flash Lite 3.0, Document viewer (Word, Excel, and PowerPoint), Handwriting recognition feature, Email and IM. It’s handset for those looking to mingle on social networks from Facebook to MySpace.

It features a 2.4-inch wide QVGA Touch Screen that offers both responsive and appealing display with 6 K colors with a resolution of 240 X 320 pixels.

It’s the latest release from Nokia with 3G connectivity that is lowly priced. It features a 2 inch QVGA display, microSD slot, FM stereo radio, music player and a 2 megapixel camera. The camera includes a flash to offer best result for pictures. It is a 3G candy bar mobile phone that comes with dual band UMTS. The mobile has 24 MB internal memory that can be upgraded to up to 4 GB with the help of microSD.

In case you wanna own a standard 3G phone without burning a hole in your pocket Nokia 2730 could be a pick. With a fast 3G access you might be on top of the events.

The Nokia 2730 classic lets you take advantage of fast 3G internet access to stay on top of events, keep up with email, and stay connected with friends.

MOSCOW - A majority of Russian people do not believe that there is any lack of cooperation between t...