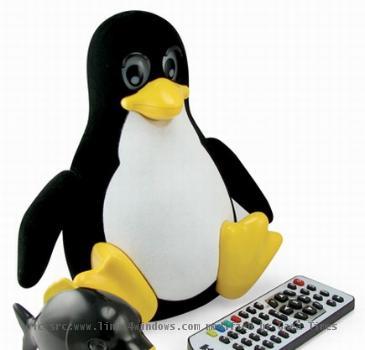 The ever proliferating array of Linux distros are baffling even for the seasoned pro’s. That said, the range of choice for open source software is what’s so great. We were looking for top 5 free distributions for servers in 2010. With ceaseless options comparisons are not too easy to draw. In case, you are planning to build a web hosting company, Linux is always the most reliable options for your business servers. Linux severs are widely used for servers by most of the top IT companies. There are five distributions to compare -  Debian, CentOS, Slackware , Ubuntu and Gentoo. One of the main consideration for server use is stability and  long term security support. After extensive research we queued up the top 5 free Linux distros for server in 2010.

Surely a seasoned pro with more than a decade of development. The distribution is entirely based volunteers bound by Debian social contract. There are leaders elected annually from and by members of the Debian project.

Those using the up-to-date and they age rapidly, especially since the new stable releases are only published. The users who prefer the latest packages and technologies are forced to use the potentially buggy Debian testing and unstable branches.

APT (Advanced Packaging Tool) is a Debian package management system. Installing the application is as simple as ‘apt-get install amarok’ and fetching all the updates that can be done with ‘apt-get update && apt-get upgrade’. There are APT front-ends such as Synaptic that can be used with a graphical application.

Debian is one of the few distributions that benefit hundreds of dedicated websites with documentation. The official documentation found on Debian’s website is also abundant. There is a Wiki and there’s IRC . If you really need an answer quickly and you can always try the UbuntuForums.

In case you are looking for a Linux server distribution with features comparable to Red Hat Enterprise Linux without spending a dime, then Cent OS is what you need to look for. CentOS is based on RHEL and aims at providing a free enterprise class computing platform and strive to maintain full binary compatibility with its upstream distribution. The server distribution is meant to be used in production environment where users do not care what type of applications they have installed. CentOS is a Linux distro that deals with long-term stability and security. CentOS has everything that most important server distribution feature, except the expensive, official support from the vendor. Technical support is offered by the community through its official mailing lists, web forum and chat rooms. It is commercial support offered via a number of vendors.

This is newest and fastest growing distribution based on Debian and managed by Canonical.  The Ubuntu Server Edition has an increasing impact on server market for business by delivering the best of free software on the stable, fully supported and secure platform.

Ubuntu overcomes the flaws in similar project and avoids them. It features an excellent web-based infrastructure with Wiki-style documentation, creative bug-reporting facility and professional approach to the end users. Ubuntu comes with a number of excellent packages such as GENOME, Firefox and OpenOffice.org, which is updated to their latest versions.
Ubuntu offers an expanding ecosystem, minimal maintenance and a growing community of peers and references.  Ubuntu users enjoy the unprecedented performance and security that Linux provides.

It’s one of the oldest surviving Linux distribution, there are no doubts about it’s reliability. Slackware Linux remains one of the most appreciated operating system among the more technically-oriented system administrators and desktop users. Slackware Linux is highly technical, clean distribution, with only a limited number of custom utilities. It uses a text-based installer and a comparatively primitive package management system that doesn’t resolve software dependencies. As a result Slackware is considered as one of the cleanest and least buggy distributions available today. The lack of Slackware-specific enhancements reduces the likelihood of new bugs being introduced into the system. The Linux distribution strives to offer excellent design stability and simplicity with the help of plain text files for configuration. There is no better, more customizable, standard distro than Slackware.

The other important features of the distribution are excellent security, extensive configuration options, support for many architectures and the ability to keep the system up-to-date without re-installing. The Gentoo documentation was repeatedly labelled as the best online documentation of any distribution.

Gentoo Linux has lost much of its original glory in the recent years. Some Gentoo users have come to a realization that the time-consuming compiling of software packages brings marginal speed and optimal benefits.