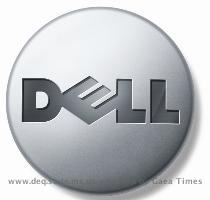 SEATTLE — Personal computer maker Dell Inc. spent $690,000 in the second quarter to lobby the federal government on Defense Department appropriations and other issues, according to a disclosure report.

The Round Rock, Texas-based company also lobbied Congress on parts of the American Recovery and Reinvestment Act of 2009 related to the deployment of health information technology.

Dell acquired Perot Systems, a technology services company, last year for $3.9 billion, making Dell a major provider of both PC and server hardware and technology support to hospitals. As such, it is likely to benefit from legislation that provides money for hospitals and doctors’ offices to upgrade to electronic medical records systems.

Dell also lobbied Congress and the Department of Education on spending on education technology.

According to the disclosure report, filed July 20, Dell reported it also lobbied the federal government on patent reform, restrictions on the export of electronic waste, cybersecurity and issues related to China’s requirement that new PCs sold in the country have Internet filtering software. China has already backed off the requirement after outcry from computer makers and others.