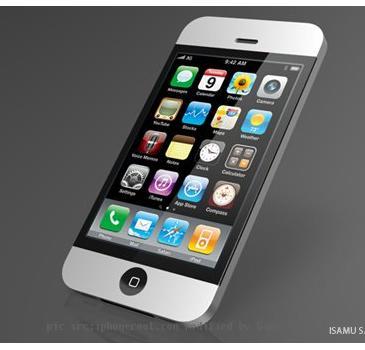 Apple is all set to announce its next-gen smartphone - iPhone 4G at WWDC 2010 on Monday. iPhone 4G will be officially staged at Apple’s Worldwide Developer Conference by CEO Steve Jobs. The latest iPhone will be supporting 4G data transmission that is empirically faster than the currently used 3G standard. Still its not clear when iPhone’s only carrier AT&T will deploy a 4G network.

The next-gen iPhone 4G is expected to receive a number of feature enhancement. We would like to provide some of the anticipated features on iPhone 4G. With a higher screen resolution (940 x 640 ) the new smartphone would be dubbed as iPhone HD. It’s expected to be a completely white product.  The next-gen iPhone might have a 5 megapixel front-facing camera with high definition video playback and recording capabilities, 64GB of NAND flash storage, a touch panel on the back, front-facing video camera and a longer lasting battery. To add to it, the grapevine suggest iPhone will have a 802.11n WiFi standard.

According to the speculations, Steve Jobs will be returning on the WWDC platform after a year to stun the Apple-buffs with jaw-dropping iPhone features. You could also expect to see some other gadgets coming up at WWDC 2010.

With an official date yet to be announced, we can anticipate Apple will be launching the 4G version of iPhone running on iPhone OS 4.0 at WWDC or later this year.