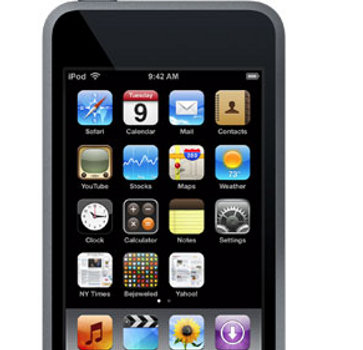 The presence of mind of a girl in Washington DC helped her from being kidnapped when she held her iPod Touch in front of the kidnapper and pretended to call the cops. The  girl from Stanton in Delaware state was waiting for her ride on a sidewalk outside her school when the man drove up and asked her to get into the van. The girl held her iPod Touch against the ear and told the guy that she is calling police.  The iPod Touch looks exactly same like iPhone .  Using the device’s Wi-Fi capability, you can convert it into a iPhone.  By installing some applications, the iPod Touchwill be able to make calls, London’s Daily Mail reported. That’s why parents in US have been asked to purchase iPod Touch while considering to purchase a Music Player.

CANBERRA - The Australian Government wants to know what more can be done to stamp out the practice...

COIMBATORE - Teenagers from across the country participated in a go karting competition here over...

GANDHINAGAR - The Gujarat High Court Monday disposed a contempt of court petition in the 2004 Ishrat...

Not only that she looks fabulous and gets to wear so many super clothes, but this girl surely knows ...

Our director has cultivate a freshman recently. It's a cool dj girl. Now give her a cooler make up a...

Play this sliding puzzles games of the summer girl. Use mouse or arrow keys to move the sliding bloc...

PANAJI - Two people were acquitted by a local court Monday in a case related to molestation of a nin...

Posh to join Becks Down Under

MELBOURNE - It's official - Victoria Beckham will be joining husband David when he comes to Austral...
Copyright© 2010 The Gaea Times