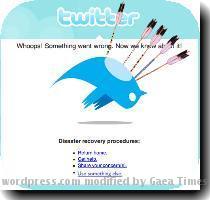 MUNICH, Germany — The leader of the Mozilla Project, whose Firefox Web browser now has 350 million users, said Sunday that she is concerned that legal restrictions could limit Internet expansion.

Mitchell Baker said she worried about “the increase in laws that make it difficult to run an open network,” especially rules about content.

“You suddenly become liable for anything that gets downloaded, whether it’s legal or not,” she said. “If you said to a municipality, if you build a road, you have to guarantee nothing illegal happens on it — that’s what’s happening on the Internet now. So that’s the kind of regulatory disruption that’s going to have some long-term consequences.”

Baker spoke at an opening panel of a three-day conference on digital innovation and creative ideas.

The DLD conference — which stands for Digital-Life-Design — is chaired by Hubert Burda of Germany, owner of Hubert Burda Media, and digital investor Yossi Vardi, who co-pioneered instant messaging and chaired the panel, titled “Disruptive.”

Niklas Zennstrom, co-founder of Skype which now has over 500 million users, said successful companies can’t become complacent and must continue to make improvements and not be afraid “of disrupting themselves.”

Vardi asked J.P. Rangaswami, chief scientist of the BT Group in Britain, what he thought of what Skype was doing to telecommunications companies like his.

Vardi then asked Rangaswami whether he sees the industry following Skype’s efforts to set minimal charges for phone calls around the world.

“I think those parts of the industry that don’t follow what Niklas is doing will either find themselves out of a job or working for him,” he replied.

American entrepreneur Jimmy Wales, whose nonprofit charity founded Wikipedia, the free online encyclopedia that has 350 million users, said it was a “very, very bad business” to try to compete against because the reference work is offered for free.

He ruled out advertising on the site for now — but left open the possibility it could happen sometime in the future to raise money for the charity.

Moderator Vardi expressed amazement that the Internet companies had small work forces despite their vast number of users.

What advice would the three give to companies trying to get 100 million users?

“Stay out of software first of all,” said Mozilla’s Baker. “Go to Web sites and services.”

Wales said, “Have a very pure, simple vision that everyone can understand immediately.”

Zennstrom said the idea should also “make consumers’ lives easier.” And, he stressed, “don’t do a copycat of someone else.”

BT’s Rangaswami said he believes the Web in the past 20 years has made people more willing to collaborate, to work together. The emphasis is on online data “because it’s through that that people can do things,” he told The Associated Press.

Ranjaswami said the key is transparency.

“So I think all the data.gov initiatives are very, very important because that’s laying the foundations of the next generation — how we use that transparency of public information to start really making change as a result of community,” he said.

Yves Daccord, director-general of the International Committee of the Red Cross, said in a video presentation that Twitter and the social media have been very important in mobilizing a response to the earthquake in Haiti and giving the people “the sense that we are very close.”

In the future, he said, he expects victims of disasters to use social media more effectively to communicate their needs so humanitarian organizations can deliver better services and reunite families.

Over the years, the cellphone industry have gone through some major upheavals. Remember the days...

How to Backup & Restore Firefox Preferences?

The great thing about working in a place that really lets you get wild with technology is that...

Next on our continuing series of Firefox Tips is when we are going to detail the procedure of ho...

How to specify default feed handler in Firefox

When Firefox 2.0 was released it introduced a feature known as in browser feed handling. The cap...

Firesheep Extension A Boon For Hackers!

SAN FRANCISCO (GaeaTimes.com)- There is a good news for those aspiring hackers who have always d...

WASHINGTON - Hari Prasad Vemuru, a jailed Indian e-voting researcher, is one of the four winners of ...