How to specify default feed handler in Firefox 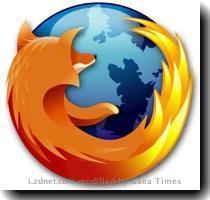 When Firefox 2.0 was released it introduced a feature known as in browser feed handling. The capability of the earlier (1.x) versions of the Firefox was very limited and users were only able to find feeds which were advertised by the sites using the <link> tags or as Live Bookmarks. While it was a nifty feature to have at the time but the fact remained that the capability did not extend towards the sites using specialized RSS aggregates, client applications and web services. Another issue with the scheme of things was that garbage in the form of raw unstyled XML was displayed if anyone clicked on the link feeds.

The chief vision behind Mozilla’s efforts to overcome this shortcoming in the later version was to make it that much easier for users to subscribe to sites thus enabling them to receive updates on their readers. Also the objective was to make changes so that the annoying garbage could be got rid of. In Firefox 2.0 the ability to define a default feed handler was used for the first time to manage the RSS feeds. While it was very easy to configure for a stand-alone application, it remains quite unresponsive for the Web based aggregators.

So in order to set an application as a “default feed” the algorithm dictates to claim the “feed” protocol in the system’s protocol registry. Users may subscribe to a feed by using a local application specified in browser.feeds.handlers.application. The configuration is such that Firefox generally avoids any manipulation of the settings except for the following cases.

The automatic action mentioned above subscribes to Live Bookmarks or a web reader.

So on the basis of these constraints there are three scenarios where the default feed handler in Firefox may be specified.

Suppose the user visits a feed document that has been formatted with the prettyprint( src wiki:a standard application for various stylistic formatting conventions to text, source code, markup, and other similar kinds of content) and have the option for subscribing to the feed. They subscribe to the feed with a reader, but does not select the “Never Ask Again” checkbox. In this case the feed: protocol system handler: is claimed by Firefox.

Every thing is done in regards to the previous scenario till the user decides to visit a feed and subscribe it. But they select the “Never Ask Again” checkbox. feed: protocol system handler: gets set to desktop application.

Similar to the above case the user checks the “Never Ask Again” option and subscribe with Bloglines or Live Bookmarks. Well now the feed: protocol system handler: is claimed by Firefox.

Another scenario can be when the user user receives a link via an Instant messaging service like AIM in this form https://www.foo.com/index.rdf feed://www.foo.com/atom.xml etc. Clicking on the link will always take the user straight to the application which the user uses to view feeds on his desktop. Firefox is configured not to ask for approval every time the scenario takes place.

The methods work only when Firefox handles the https:// protocols URL as the default browser. Thus it is able to claim the feeds according to the cases listed.

So thus the determination of the default feed handler of Firefox is commenced.