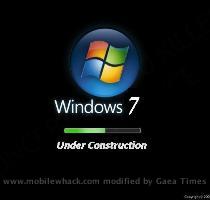 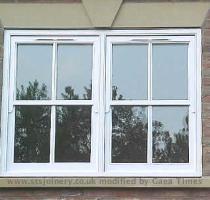 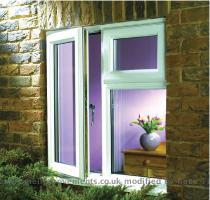 MADRID — The wreckage of Spain’s economic growth model stands neatly aligned on the roads leading out of Madrid — row after row of unsold houses, windows dark, for-sale signs out front.

Spain and other countries on Europe’s financially stricken fringe are groping for a new basis from economic growth to put people to work and pay down crushing deficits and debts. In Spain’s case, something to start generating jobs for 4 million unemployed people amid the rubble of an unsustainable construction and housing boom.

The question is especially urgent in countries with the eurozone’s messiest public finances: Spain, Portugal, Ireland, and Greece.

After the boom, where does growth come from now?

Carlos Abadie is among those asking. Only 31, he made foreman at a construction company that had more work than it could handle. Swift promotions like his were common. He earned about euro55,000 ($75,000) a year, nearly three times the average salary in Spain, and took vacations to the United States, Egypt and Turkey.

Last year his company folded and laid off its 80 employees.

“There was tons of work. In the good times it was totally out of control,” Abadie said as he left a Madrid unemployment office flanked on one side by a hair salon that offers half-rate cuts for the jobless. “It will never again be what it was,” he said of his trade. He’s still hoping, somehow, to get back to construction work.

Headlines have focused on Europe’s government finance crisis and the troubles in Greece, where heavy debt equal to 123 percent of the entire economy fuels fears of default and drives up borrowing costs. High debt levels there and in Portugal and Ireland have undermined the euro and threatened other indebted governments with similar troubles. Spain, with an unemployment rate of 19 percent, has less debt but a big deficit and a shaky growth outlook.

Their governments are slashing spending and raising taxes. But ultimately, to pay down those debts, erase the deficits and end the debt crisis, more growth will be needed. The job of finding growth will be even harder than usual because governments are being pushed by the European Union to cut spending and raise taxes to pay down debt, removing stimulus from government spending. And because they use the euro these countries can no longer devalue their currencies, a quick safety valve in times past.

Governments on the periphery, by contrast, are suddenly having to take up proposals to make their economies more productive. Those include sending more people to college and cutting the red tape that makes businesses take investment elsewhere — issues forgotten during the boom.

Answers are slow in coming.

“Some of these adjustments will be sort of longer term in nature. For some economies there won’t be any quick fixes,” said Nick Matthews, an economist with the Royal Bank of Scotland.

Spain’s dilemma looms particularly large. Construction accounted for as much as 20 percent of output during the boom days.

“Unfortunately, Spain may be in for a lost decade,” said Rafael Pampillon, a professor applied economics at IE Business School in Madrid.

Spain’s economy is hardly primitive. The country boasts multinationals such as energy company Repsol YPF, telecommunications company Telefonica and Banco Santander, all among the world’s 100 largest firms in the Forbes ranking for 2009. A Spanish-led consortium is upgrading the Panama Canal.

Experts say Spain’s economy needs to start exporting more goods that tack on high value added as they’re made, more like France and Germany, but there is no obvious candidate.

“As of today, it is frankly difficult to think of a sector that can take the economy back to levels of growth like those we had,” said Pablo Guijarro of a Madrid consultancy called Analistas Financieros Internacionales.

As recently as 2007, Spanish GDP grew 3.6 percent. Last year it contracted by the same amount. The government forecasts a 0.3 percent decline this year, then a gradual return to growth — as much as 3.1 percent in 2013.

EU Competition Commissioner Joaquin Almunia — a Spaniard — said this week the European Commission feels the post-2011 Spanish projection might “err a bit on the side of optimism.”

Greece says its economy will shrink 1.2 percent this year. The EU thinks 2.25 shrinkage is more likely, and ratings agency Standard and Poor’s predicts a fall of 4 percent — meaning Athens will find it hard to narrow its deficit.

“We expect much weaker medium-term growth than official forecasts, and consequently as erosion of the tax base,” the agency wrote in a report.

At the personal level, workers with sweet memories of the boom are struggling to come up with growth models of their own.

In Dublin, Elaine Byrne, 34, was laid off last year from her job as a clerk at a firm that made most of its money handling property sales. Byrne was halfway through studies to become a lawyer, or solicitor.

“I was hoping to become a solicitor. Now I’m soliciting meatball sandwiches,” said Byrne, who now works at a branch of the U.S. sandwich chain Subway. She earns minimum wage — euro8.65 an hour, less than half what she made previously.

Aleksander Sawicki, a 26-year-old Pole, was laid off as a construction worker last year. He’ll head home soon if nothing turns up: “I was making nearly 30 euros an hour. Incredible money. It was too good to last.”

The Irish government’s strategy is to create high-tech hubs boosted by alliances with universities and low tax rates.

However, one casing illustrating the limits to such an ambition is the 2009 transfer of Dell Computer’s main European manufacturing site to Poland. That left 2,000-plus computer assembly workers in Limerick looking for jobs, with support from EU “impact of globalization” subsidies.

Greece is aiming for a three-pronged approach, focusing investment in renewable energy sources and attracting investment by simplifying the country’s notorious bureaucracy. It also focuses on boosting shipping and tourism, two major sectors for Greece.

Portugal’s Socialist government that took power in 2005 is pushing for modernization and innovation — developing renewable energy, electric cars, a national fiber optic network, and getting more students enrolled at university. It also plans a new Lisbon airport and bullet train to Spain.

In Spain, the Socialist government of Prime Minister Jose Luis Rodriguez Zapatero has proposed a wide-ranging Sustainable Economy Law designed to wean the country off construction. Among a slew of other measures, it would provide loans and clear away red tape for people hoping to start up businesses and provide bigger tax breaks for research and development.

But critics have called it a vague grab bag that fails to address critical issues such as improving education to turn out world-class graduates more suited for innovation and loosening up the labor market to encourage business to hire.

IE Business School’s Pampillon said that this kind of reform should have been done back when times were good, but governments basking in tax revenue and relatively low unemployment could not be bothered.

At a vocational training center in Madrid, 35-year-old Roberto Pascual, who used to sell and install home alarm systems, is reinventing himself by learning to set up and maintain refrigeration systems.

As Pascual cashed in on the building boom, he and his wife did well enough to make a down payment a new apartment. Now they live off her modest salary and are expecting twin girls any day now.

Pascual saw the collapse coming. “The only place they had not built was out at sea. They had already eaten up the beach.”

He’s feeling desperate because of the babies on the way. His situation could stand for much of Europe: “I need to find something and I need to find it now.”

Contributing to this report were AP correspondents Shawn Pogatchnik in Dublin, Barry Hatton in Lisbon and Elena Becatoros in Athens.