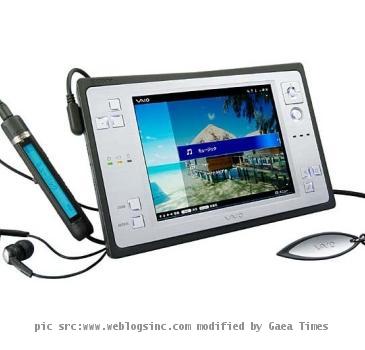 With Microsoft’s HP Slate in the line, electronics major Sony is considering to pose a new challenge to Apple’s iPad. The company is planning to develop a Tablet to target the iPad audience, given that they have enough evidence that consumers will buy them. According to Sony’s Information technology Products unit’s senior vice president, Mike Abary, the company had been looking to develop a Tablet for some years now.

Now that Apple has sold 1 million iPads within a month of its release, the electronics manufacturer has reconsidered its interest in tablet-design computers. Sony plans to build a portable device with touch screens and long battery life at a low cost. Sony wants more proof of consumer demand before pressing ahead with production plans.

Abary says iPad has created a new opportunity. Now they have an insight of the market for tablets. Sony wants more proof of consumers demand before going ahead with its production plans.

There are no speculations that Sony will quickly follow Apple, Hewlett-Packard Co., Dell Inc. and other PC makers into the market for tablets. The Wall Street Journal reported that Sony was developing a lineup of handheld products that will include portable devices that share features of netbooks, e-book readers and handheld gaming machines.

Sony plans to keep investing in its Reader line of devices that display, digital books. The company is trying to narrow a gap with Amazon.com Inc. maker of the Kindle. which leads the market for devices that are designed mainly for reading books and magazines electronically.

Sony doesn’t disclose Reader sales, Abary said e-readers were the company’s fastest growing type of product in most recent fiscal year. In 2009 according to the stats from Consumer Electronics Association, U.S sales for digital reading is expected to rise by 5 million from the current 2.2 in 2009.

SOny’s read division is working on improving the wireless connectivity and battery life. They are also interacting with suppliers to develop e-readers that can display colors instead of rendering pages in monochrome. A survey by Boston Consulting Group, suggested that the barrier to the adoption of both e-readers and tablets is the price, which is currently too high.

Now it remains to see, how Sony prices its tablet, if build, to compete with Apple iPad.