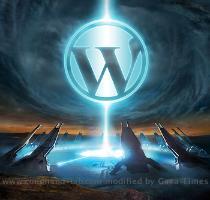 I am sure you have heard a lot of theoretical discussions on what is the best file systems to use, which IO scheduler and which storage device - ATA (obsolete), SATA, SAS, SSD etc. Today I will talk about my personal experience.

My production server was having wait times in excess of 50% (average). The primary cause was MySQL hammering a 2 disk RAID-1 of 10K Western Digital Velociraptor drives. %util on the RAID-1 array was almost always at 100% which is really really bad along with the unbearable IO Wait of the machine.

The load average was over 20. All these while the CPU idle time remained around 70% on average. CPU idle time isn’t a good indicator for IO stress. We were at a point where the MySQL wasn’t working close to what it should be and work was piling up.

I looked at other possible causes like whether I was getting optimum IOPS or throughput from the drives or whether my software RAID-1 was operating properly. The hard-disks were fine and the software RAID-1 was too. It gave me almost double the read speed while not compromising on the write speed.

Hardware RAID-1 introduces another point of failure and you will find lots of horror stories of hardware raid controllers on the web ranging from:

Tip: How to find out about your disk health and IO Wait times and %utilization?

Use iostat. The command I commonly use is:

Replace sda, sdb etc. with your own harddisk names.

Going for a SSD was the only option cheap left, the other being moving MySQL to a different server. I decided to try SSD first.

Which SSD to use: SLC or MLC

First of all SSD costs a lot where leased from a dedicated web hosting provider. My provider Gigenet (pronounced gi-gi-net) charges $115 per month for a 80 GB Intel X25-M (MLC). They mentioned having couple of 32 GB X25-E also but I like more space and…

Intel SLC has larger MTBF*while X25-M (MLC) is no slouch either with MTBF of 1.2 million hours which was more than I needed. Also I figured that with more spare disk space, wearing of the disk will be low specially with newer generation of wear levelling algorithms. So I chose Intel X25-M for my MySQL database.

My previous setup provided RAID-1 which gives you peace of mind in case of disk failure which my SSD doesn’t. My solution is to automatically take regular backups of the database with a MySQL Master-Slave setup and taking backups from the slave.

Average Load time has come down to 0.96 (I have dual processor quad core xeon).

Average %iowait is at 6.24 (note: I have another SATA RAID-1 setup for OS and webserver).

In short my server is chugging along happily and everything is back to normal.

The only optimization I did so far was to add noatime in /etc/fstab for the SSD file system (I do it for all filesystems as a rule).

I also looked at Linux IO schedulers like using noop or deadline scheduler instead of the default but haven’t tested and decided on it yet.

Yes, I know SSD is costly. Having said that often it is the cheapest option you have to speed up your MySQL database without tearing your remaining hairs on fruitless little optimizations. Cost is not just the money you spend but also the time you spend behind silly optimizations and watching your system for further improvements.

Note: After adding SSD I did notice some select queries waiting for updates on a regular basis (before SSD everything was dog slow so it was hard to optimize at that point) so I decided to set low_priority_updates to 1 in MySQL configuration (my.cnf) which took care of the problem. I also added couple of indexes.