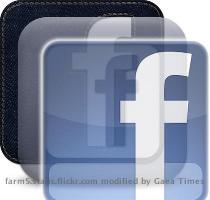 SAN FRANCISCO (GaeaTimes.com)- Social Networking phenomenon and the reason for most of the 500 million users to log on to the web, Facebook, is set to launch its own email service. Though the experts are baffled somewhat by Mark Zuckerberg’s idea of venturing away from his already billions-fetching SNS, many feel that his ultimate goal is to become the absolute mogul on the web. The web has been abuzz with the news of the launch which is, reportedly, taking place on Monday, November 15. The email service will be accessible to all the 500 million+ users of Facebook.

The email service which was named ‘Project Titan’, according to reports and some insiders also called it ‘gmail killer’. This might be the first time that a service is being launched directly challenging the brand that which has dominated the web for years now. There are reports that indicate that the new service could eradicate spam completely for the users. It is also unclear, however, whether the user’s will get their own ‘@facebook.com’ ids.

Most experts have said that in spite of the tall claims by the Facebook engineers, it will be a hard transition for many from the much trusted Gmail. Many felt that if the Facebook email could take care of some of the issues like spam, multiple conversations and some even suggested a integrated Facebook calender, then the battle could get interesting.

Facebook is, however, yet to comment on the launch of the new email service on Monday where Mark Zuckerberg himself is expected to speak. A spokesperson for the company said that they do not comment on the speculations about the future products.