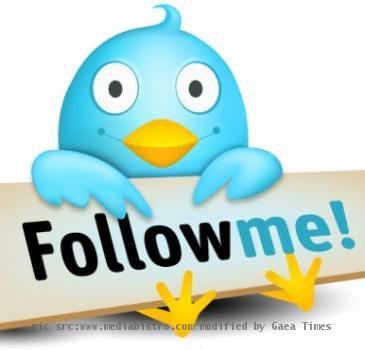 Twitter has been on with their upgradations for quite sometime now. The latest installment comes in as ‘Find People’ which they are testing now, the tab is positioned next to the Home, Profile and Messages tabs on the home page.

Let me tell you about the functionality of this new augmentation, well, this new feature will mostly suggest friends for you, liberating you to browse Twitter users through interests, or may be find new Twitter buddies through other service integrations such as Gmail, Yahoo, LinkedIn, Hotmail and Messenger.

Previously there weren’t any options from Twitter available so that you could find more people and the other probable solution came from third-party vendors. Now, Twitter itself has come up with a solution and to make it satiable they are testing the feature from all angles possible. As a matter of fact the name is also being reviewed because it was initially suggested to be ‘People’ while the last time i caught up with i got to see ‘Find People’. So, lets hope for the best and wait until the finale pops up. 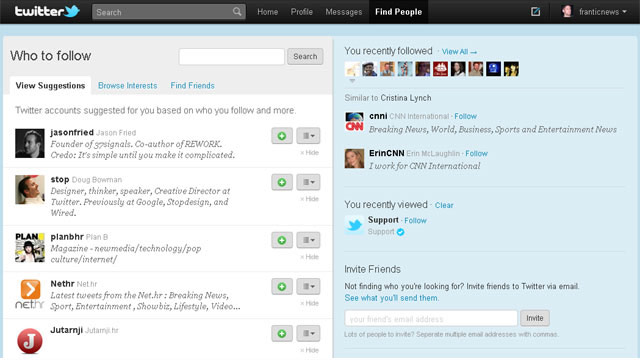