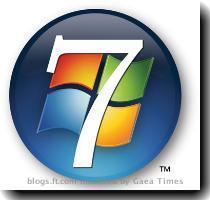 For those die-hard Windows XP freaks who are working on Windows 7 can get back to their favorite OS whenever needed. XP Mode in Windows 7 is a virtualization mode of XP. It gives you a copy of Virtual PC that can be run in a completely separate OS.  XP mode allows you to run Windows XP in Windows 7  without the hassle of a multi-boot system. Instead of XP you can run install other PC-compatible OS that you prefer. The inclusion XP in Windows 7 is inherently carries the advantage of running the XP compatible software.

The inclusion of XP instead of an already existing newer version Vista is guided by the failure of the later. Windows 7 has cleared this hurdle. With incomplete apps and heaps of bugs Vista was rejected by users and XP remained the favorite. A full XP-compatible support would have been an ideal solution.

XP Mode has two parts. Apart from the Virtual PC we might have the more substantial XP part. It is essentially a copy of Windows XP tailored for Virtual PC and has an appropriate licensing.

XP Mode will have direct access to the range of Known Folders, My Documents, My Picture and so forth. You might cut and paste between the XP and Windows 7 and share data.Just launch the XP Mode apps directly from a shortcut on Windows 7 Desktop.

The Direct hardware access in XP Mode also includes USB support and printer redirection. The feature list on paper on anyway. Not all the features work seamlessly as Microsoft’s instructions. Getting it up and running you can switch it to full screen XP Mode. Only the little toolbar at the top reminds that it isn’t an XP machine. It is great to sit and watch Office install itself onto the root of your C drive and run perfectly.

Now pop back to your Windows 7 Start Menu. Here you have the XP Mode applications, ready to launch directly from outside your virtual system. It lacks the drag and drop feature. However this could be a great feature for the next update.

Starting a virtual machine is a completely hassle-free. Follow the steps

Step 2: Mention the amount of RAM you would like to give it

You can have a virtual hard drive file that you can copy to another system. The virtual OS is also remarkably portable. It allows easy transfer of full PC OS installation that is complete with applications, settings and documents from one system to another and it will run. Try doing the same without using virtualisation and see how that runs.