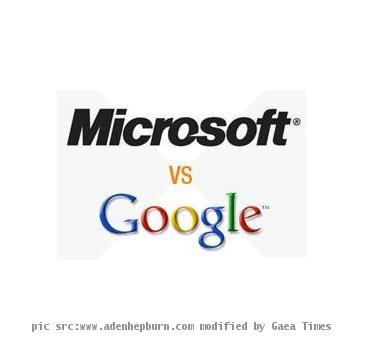 Microsoft has claimed its Internet Explorer 8 and IE9 browsers to have outgrown the usage share gains posted by Chrome last month.

Well the cache is, by tossing Chrome 5, Gavin struck 0.27 percentage point from Google’s total, skewing the comparison in IE’s favor. Interestingly, if Chrome 5 comes into the picture, Google gained 0.46 percentage point — virtually the same as IE8 and IE9 — during the month.

If you look at the usage share data for September for Chrome versions 5.0, 6.0, 7.0, and 8.0, which represent their latest Stable channel for September and all three of their ‘beta’ or ‘developer’ channels and compare it to their Stable channel and their Beta/Developer/Canary versions in October, the total net growth is 0.19% worldwide, It’s a little confusing because Chrome’s versions move quickly across channels and in some cases the same version of Chrome is in both Stable and Beta channel, like Chrome 7.0 today.

Microsoft though defended their prestige and strongly disagreed to the stats.