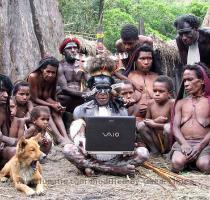 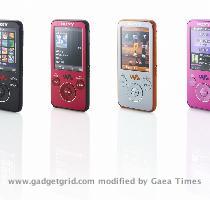 The following recalls have been announced:

About 233,000 notebook computers, manufactured in China and the United States by Sony Electronics Inc. of San Diego, Calif., because they can overheat and pose a risk of burns. The company has received 30 reports or overheated computers, but no reports of injuries. The recalled products are VPCF11 Series and VPCCW2 Series notebook computers. They have “VAIO” printed on the front outside panel. The notebooks were sold by Best Buy, Costco, Frys, Amazon.com and Sony Style, as well as other electronics retailers and business suppliers around the country after January 2010. Details: by phone at 866-496-7669; online at tinyurl.com/33jl9d8 or www.cpsc.gov.

About 1,380 scuba diving power inflators, made in the U.S. by Aqua Lung America of Vista, Calif., because a flaw can pose a risk of leaks and a drowning hazard. An additional 530 were recalled in Canada. The company has received one report of an oral inflate button falling off while in use, but no reports of injuries. The power inflators were sold at dive shops in the United States and Canada between November 2006 through March 2010. Details: by phone at 877-253-3483; online at www.cpsc.gov.

Tri-Union Seafoods LLC of San Diego is recalling select 12-ounce cans of Chicken of the Sea brand solid white tuna in water, because their seals do not meet standards, allowing the cans to be contaminated. No illnesses have been reported. The recalled cans were available in Wisconsin, Nebraska, Utah, Pennsylvania, New York, Maine, Colorado, Indiana, California and Oregon. Details: by phone at 877-843-6376.

About 8,600 women’s bathrobes, made in Turkey and imported by Christy of Charlotte, N.C., because they don’t meet federal flammability standards. The company has received one report of a robe igniting, but no reports of injuries. The robes were sold at Bloomingdale’s stores nationwide and online from January 2008 through March 2010. Details: by phone at 800-261-6326; online at www.cpsc.gov.

About 175 pairs of Quest Touring Pads and about 83 pairs of Quest Pro Pebax and Quest Pro ski boots, made in Romania and imported by Salomon USA of Ogden, Utah, because a product defect can create a fall hazard. The company has received one report of a fractured leg and injured knees. The recalled items were sold at select Salomon USA ski boot dealers in Colorado, Utah, Vermont and Washington from February 2010 through April 2010. Details: by phone at: 877-789-5111; online at www.salomon.com or www.cpsc.gov.

About 500 Powertec drill presses, made in China by Southern Technologies of Mundelein, Ill., because the motor housing can be pinched and pose a shock hazard. The company has received one report of a minor shock. The drill presses were sold at Blain’s Farm and Fleet stores nationwide from November 2009 through February 2010. Details: by phone at 877-393-7121; online at www.cpsc.gov.

About 2,100 Felt 2009 model-year B12, B16 and S32 road bicycles, made in China and imported by Felt Bicycles of Irvine, Calif., because the bicycle’s fork steer tube can break, causing the rider to lose control, fall and suffer injuries. The company received seven reports of the bicycle forks breaking, including an incident involving minor injuries. The recall includes all 2009 Felt model B12, B16 and S32 road bicycles. They were sold at bicycle specialty stores nationwide from October 2008 through May 2010. Details: by phone at 866-433-5887; online at www.feltbicycles.com/USA/Support/Notices.aspx or www.cpsc.gov.