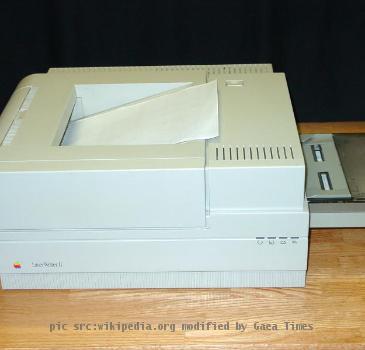 LOS ANGELES — Apple Inc.’s new music-discovery feature, Ping, is a potentially useful addition to iTunes. With it, you can see what songs your friends are buying and recommend some of your favorites to them.

It’s great that Apple is finally incorporating elements of Lala.com, which offered similar social-discovery tools until Apple bought the startup in December and shut it down a few months later. And if people use Ping to honestly discuss music, it could be valuable to me as a consumer and help music sales, too.

Ping is a good start, but I hold out hope for some improvement.

To use Ping, you must install the newly released iTunes 10. It works fine on my Windows XP laptop, but requires Mac users to have at least the Mac OS X 10.5 operating system, or Leopard, which came out in 2007. Upgrading the operating system will cost about $90. It’s not likely worth the expense just for Ping, which itself is free, as is the iTunes software.

Ping starts out by having you fill out a simple registration form.

You can have Ping automatically display the music you like based on songs you’ve already purchased. Or you can choose what to like and display, which is what I did; I put up such artists as Lily Allen, Owl City, Cowboy Junkies and Jewel.

After that, Ping recommended some artists and people that I might be interested in following, which would then allow me to see what they are buying, recommending and commenting on.

I found Ping’s suggestions simplistic at best, however. Lady Gaga, Katy Perry, U2, Taylor Swift and Dave Matthews Band came up, as if Ping merely picked the most popular artists, not ones related to music I liked. How about some obscure artists I wouldn’t have found on my own?

I tried following a few artists that I liked, but not all were on the service yet. It will probably take a while for Ping to get populated with artists to the same degree as sites such as MySpace.

Ping got a little more interesting when I looked at the recommendations beyond the artists. Ping suggested I follow Rick Rubin, the co-president of Columbia Records; Jason Bentley, the music director at one of Los Angeles’ NPR stations, KCRW; and Alexandra Patsavas, a music supervisor who picks songs for TV shows and films.

All three people are in the Los Angeles area, and I initially thought they came to me because of the location I specified in my profile. But colleagues in New York and Seattle got the same three recommendations.

In any case, they are generally respected pickers of music, and they already had thousands of followers by the time I followed them.

Refreshingly, Rubin didn’t just pick artists signed by Columbia Records, although some of his picks were, including country singer David Allan Coe.

The “Recent Activity” section of Ping shows what people and artists that you follow are buying, liking and commenting on. It looks a lot like Facebook, so it seems familiar and is easy to use.

When someone you follow recommends a song, you can listen to a snippet without going to another page, much like Facebook’s iLike application, which is nice. You can also buy the song right there. But the free preview is just a 30-second clip, not the full-length version available on MySpace and sometimes on Facebook, which is not nice — 30 seconds is too short for me to make a buying decision. I still have to go elsewhere to catch full song streams.

When I first checked out Ping, the comments section below the picks was a silly free-for-all. A lot of the comments I read were woefully irrelevant and sometimes offensive. Thankfully, the default setting is to hide all but the most recent comment, and it appears Apple has installed some filters to remove much of the junk as well.

You can see upcoming concert listings if you click through to an artist’s profile page, where you can also see who else is following the artist. But the concert listings don’t seem to take into account my location, and clicking to search for tickets takes me to LiveNation.com or Ticketmaster.com. I’m sure this generates more page views and, yes, advertising revenue for Live Nation Entertainment Inc., which now owns both sites.

But it would be nice if the entire transaction were handled within iTunes, which already has my credit card stored.

The Ping charts, which show top albums and songs bought by people I follow, could prove more relevant if I were to follow more actual friends or industry people I genuinely find interesting. After all, if I follow only well-known, mainstream artists, I’m bound to get recommendations for more mainstream music from well-known artists.

Overall, Ping is one more tool to help sort through the noise, and it’s a conveniently placed one, at the heart of the world’s largest seller of music online.

If future versions have full-length song plays and incorporate the ticketing transaction into iTunes, I’ll be sure to sing its praises.