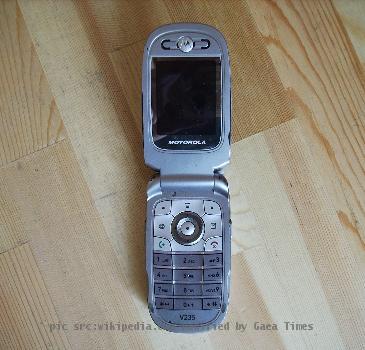 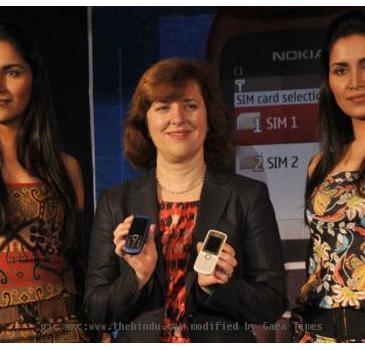 NEW YORK — Wal-Mart Stores Inc. said Monday that it is introducing the first cell phone plan that uses the chain’s own branding, further demonstrating its clout in getting special deals from wireless carriers.

The Wal-Mart Family Mobile service will run on T-Mobile USA’s network. Unlimited calling and texting will cost $45 per month for the first line and $25 for each additional line for the family. The service will be offered starting next week in most of its stores across the nation.

Since last year, Wal-Mart has been the exclusive seller of the Straight Talk service, which runs on the Verizon Wireless network. Wal-Mart is also trying out another service from Sprint Nextel Corp. called Common Cents.

Those are both “prepaid” plans, under which customers pay in advance and don’t need to sign contracts.

Wal-Mart Family Mobile will be “postpaid” like conventional contract-based plans, so the family bill is paid at the end of the month. But in other ways it works much like prepaid service, and it won’t come with a contract requirement or early termination fees. Buyers also won’t need to go through credit checks.

Greg Hall, vice president of merchandising at Wal-Mart U.S., said there’s a perception among customers that prepaid service doesn’t offer access to the best phones or the best network quality. He said the postpaid nature of the plan is a way to avoid that.

Starting Monday, the chain plans to sell five phones, including a full-blown smart phone, the Motorola Cliq XT, which will cost $249. T-Mobile sells it for $329 without a contract, or gives it away to buyers who sign two-year contracts (with monthly fees that are higher than the no-contract option).

The cheapest phone for the service will be a simple Nokia phone for $35.

Straight Talk also costs $45 per month for unlimited calls and texting, but doesn’t offer a discount for additional lines. And while Straight Talk offers unlimited free data, there are no smart phones available for it; the new Family Mobile plan includes only a small amount of free data. Common Cents is a basic pay-by-the-minute service.

“What we saw was an opening in the marketplace for really bringing family savings and a family plan and T-Mobile was a great partner there,” Hall said.

The plan undercuts T-Mobile USA’s own prices, but Jim Alling, its chief operating officer, said that Wal-Mart putting its own stamp on the brand name was a “tremendous endorsement.”

While there’s no contract, Ailing said the phones will be “locked” to Wal-Mart Family Mobile, so they won’t be usable on another network, or even under a T-Mobile-branded plan.

There will also be a prepaid component to the service: extra charges for data use and international calls will come from a prepaid account, pooled for the whole family. For instance, one gigabyte of data usage will cost $40. By comparison, AT&T’s contract customers pay $25 per month for 2 gigabytes of usage, but the data allowance doesn’t carry over from month to month the way Wal-Mart’s will.

SAN FRANCISCO (GaeaTimes.com)- The excitement and enthusiasm of the shoppers surrounding the...

SAN FRANCISCO (GaeaTimes.com)- The Black Friday is just a few days away and the giant retailers ...

SAN FRANCISCO (GaeaTimes.com)- The frenzy and hoopla around this year's Black Friday sales is ga...

Government catered to US interests: CPI-M

SAN FRANCISCO (GaeaTimes.com)- The gadget lovers in USA wait all the year eagerly for the bonanz...

Wal-Mart to target 35,000 Indian farmers for agri-business supply chain by 2015

WASHINGTON - Kanye West certainly knows how to stay in the limelight. The prolific rap giant has sti...

Soon you will be able to buy Apple iPad from AT & Verizon stores. Both of the companies announc...
Copyright© 2010 The Gaea Times