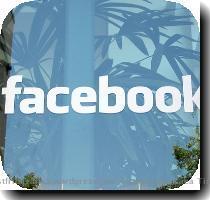 JAKARTA, Indonesia — A statue of a young President Barack Obama that drew a public backlash after it was given a prominent position in a Jakarta park will be moved to the elementary school he attended while living in the Indonesian capital, officials said Friday.

The decision by Jakarta’s government to move the 43-inch (110-centimeter) statue of a 10-year-old Obama holding a butterfly comes as the president prepares for his March visit to Indonesia, where he lived for several years as a child.

Despite his widespread popularity among Indonesians, the statue drew criticism after it was placed in a park in December, with protesters arguing Obama is not a national hero. More than 56,000 Facebook members joined the Indonesian-language Facebook group “Take Down the Barack Obama Statue in Taman Menteng Park.”

On Friday, Jakarta Gov. Fauzi Bowo was quoted by the Detik.com news Web site as saying he “agreed with the suggestions” of those who wanted the statue moved from such a public area.

Nur Rochman, a city government spokesman, confirmed officials had ordered the relocation of the statue, and hoped to have it installed at the school before Obama’s arrival.

“I think that is the most appropriate place for his statue,” he said.

Heru Nugroho, founder of the Facebook campaign to remove the statue from the park, praised the decision.

Nugroho said he doesn’t hate Obama or the United States, but believes statues in Indonesia should be reserved for those who have made significant contributions to the country.

“Obama is a very good man, he’s a good dreamer,” Nugroho said. “But he has no contribution for Indonesia.”

Ron Mullers, a Jakarta resident who came up with the idea of the statue and raised money for it, said the new location is more personal for Obama, and closer to the children of Indonesia, for whom it was made.

“If the government would like to move it, well, that’s their prerogative and we have no objection,” said Mullers, the chairman of the nonprofit Friends of Obama Foundation. “I think less people will see it, but that’s OK.”

Obama, whose mother married an Indonesian, went to elementary school in the capital from 1967 to 1971 and is regarded fondly by most Indonesians. The nation is home to the world’s largest Muslim population and many here believe Obama will improve relations between the West and the Middle East.

GUANGZHOU - It was a disappointing day for India in the track and field competitions as none of the ...

GUANGZHOU - A gold and silver in tennis and a bronze in archery took India's medal tally to 36 on th...

GUANGZHOU - India's Sania Mirza and Vishnu Vardhan had to rest content with a silver medal in the mi...

GUANGZHOU - India wrestler Manoj Kumar will fight for bronze after losing to Taleb Nematpour of Iran...

GUANGZHOU - India made an euphoric start to its athletics campaign, winning two golds and one silver...
Copyright© 2010 The Gaea Times