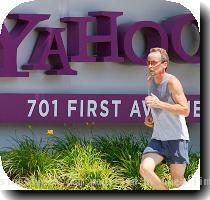 HASTINGS, Neb. — The precise spacing between the mounds of earth that decorate miles of central Nebraska farmland east of Hastings hint at their original purpose as Naval ammunition bunkers during World War II.

After the base closed in 1966, more than half of the 49,000 acres became a USDA lab, but most of the remaining concrete bunkers sold and have served as solidly built hog-feeding or storage barns.

Now, a new company is hoping some of the same things that attracted the military to the area — abundant, cheap power and a secure, central location — will entice companies to invest in the bunkers to house their electronic data.

But even with Google and Yahoo opening up new data centers in the Omaha area — just a couple hours east of the bunkers — the recession has made it hard for Prairie Bunkers to get started.

“Everything about this is absolutely perfect, except the economy,” said Pam Brown, a former state senator who is CEO of the bunker company that launched last year.

A number of planned data center projects nationwide have been put on hold because of the economy, said John Boyd Jr., whose Boyd Co. advises companies about data center locations.

Tech heavyweights that sell the computing equipment used in data centers have said recently that businesses still appear reluctant to invest in technology. IBM, Intel, Cisco and Hewlett-Packard have all suggested business spending on technology might not recover until sometime in 2010.

The push for more electronic health care records also will lead to demand for more data centers because more server space will be needed as paper records are converted.

“Central Nebraska clearly fits the profile of where data centers are being built,” Boyd said.

It helps that two well-known Internet companies have already committed to building data centers on the plains about 140 miles east of the bunkers. Yahoo said a year ago that it plans to build a data center in the Omaha suburb of La Vista. And Google opened a $600 million data center earlier this year in Council Bluffs, Iowa — just over the Missouri River from Omaha.

Plus Nebraska is geographically neutral in relation to the coasts and it’s got a major fiber optic pipeline that crosses the state and comes within about 200 yards of the bunkers.

Prairie Bunkers officials hope the strengths of their bunkers, which were built to withstand a direct hit from a 500 pound bomb, will overcome the challenges the economy has created.

The bunkers are sturdy enough to handle the main weather concern of the Plains, tornadoes, without problems, Brown said. And the company plans to equip all the bunkers with backup generators and make sure the entire site has redundant power and fiber optic lines to limit outages.

Company officials estimate power at the bunker site will cost about 3 cents per kilowatt hour with a geothermal heating and cooling system. Solar and wind power also might be options, but that will be left up to the company building each data center. A couple existing data center companies already offer secure server space in bunkers or caves, but Brown said none of those are offering a build-to-suit arrangement like Prairie Bunkers’.

“Our niche is a little different, and there is not really anything like us in the world,” Brown said.

The company appears close to signing its first bunker-development deal, but Brown declined to discuss the details because the negotiations are confidential.

Terry Franks with Data Power Technology came away impressed after his first visit to the formidable 50-foot-by-100-foot bunkers this fall.

The bunkers’ walls are a foot thick, and the concrete ceiling is 18-inches-thick with 2-3 feet of dirt and grass atop it. Down the middle of the bunker, two rows of 2-foot-square concrete columns support the weight above.

Any sound bounces off the concrete walls inside the bunkers and reverberates again and again.

“My first impression is wow. To build something of this magnitude today would take a lot of dollars,” said Franks, who hopes to supply equipment to the firm.

Prairie Bunkers has the rights to 184 bunkers that stretch over five miles. The bunkers the company is marketing now are at the easternmost edge of the old ammunition depot, farthest away from where the munitions were produced when the land was part of the nation’s largest inland naval ammunition depot.

The company believes the bunkers will make perfect vaults to protect data centers.

“Data is more valuable than gold, and we intend to make sure that we treat it that way,” Brown said.