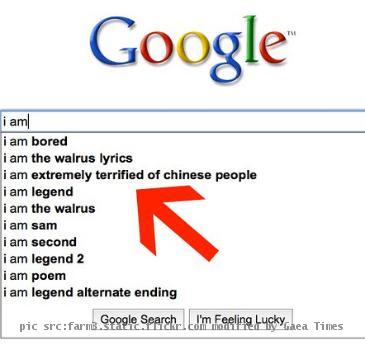 NEW YORK — Google Inc. will continue to provide the search results on AOL Inc.’s websites under a new, five-year deal the companies signed this week.

The agreement largely extends an arrangement that has been in place between the two companies since 2005. But the new contract, announced Thursday, also expands their cooperation onto AOL sites for cell phones and other mobile gadgets. And it will put AOL video content on Google’s YouTube site for the first time.

In its search agreement, AOL shares revenue with Google from the text ads that appear alongside search results.

AOL, which is based in New York, is led by former Google executive Tim Armstrong, who is in the midst of a major overhaul at the Web company. It split from Time Warner Inc. last year and has been trying to grow its online ad business as its dial-up Internet service continues to lose customers to faster broadband connections.

That effort is not proving easy. Last month AOL reported a roughly $1 billion loss for the second quarter, with revenue down by more than a quarter compared with the year before.

Armstrong has remained upbeat, attributing the declines to a necessary paring of assets that are contributing revenue but not enough profit. The latest example was Bebo, a social networking site that AOL sold for a small fraction of the $850 million that it paid in a 2008 acquisition. AOL unsuccessfully tried to build Bebo into a strong competitor to Facebook.

Although AOL declined to give specific financial details, Armstrong called the Google deal a “home run” and framed it as an important step in the turnaround effort.

“We have a very methodical play book for turning AOL around,” Armstrong said in an interview. “And today represented another big step.”

Armstrong said that before deciding to stick with Google, AOL talked with five or six other search providers he wouldn’t name. The deal was done well ahead of the December expiration of their previous agreement.

Still, given Google’s dominant position in the search business and the extra capabilities it has in mobile and online video, the deal was not a surprise.

“While Microsoft’s Bing was probably in the mix, Microsoft is not as ubiquitous as Google is,” said David Joyce, an analyst who follows AOL for Miller Tabak & Co. “One big thing Google has that Microsoft doesn’t is YouTube.”

Joyce said YouTube could be an opportunity for AOL to drive more people to its video content, which would help boost advertising revenue.

Separately this week, MySpace, which is owned by News Corp., extended its search ad partnership with Google by a month while talks continue. The deal had been set to expire at the end of August.

Neither MySpace nor AOL will have a major effect on Google, which has grown at a torrid pace over the past decade.

Google, which is based in Mountain View, Calif., hasn’t disclosed how much revenue it draws from the AOL search deal in years because it isn’t a big enough portion of the total anymore. It accounted for about 7 percent of Google’s annual revenue in 2006, down from 16 percent in 2003. And that’s despite the fact that the value of the contract grew more than threefold from $235 million to $742 million over the same period.

Google also gave up a 5 percent stake in AOL last year as a part of the company’s spinoff from Time Warner. Google took a big loss on the investment and ultimately sold the stake for $283 million after paying $1 billion for it in 2006.

Plastic surgeon in US sues patients for bad online reviews

WASHINGTON - A plastic surgeon in US is suing his former patients because they posted bad reviews...

LONDON - It seems that women would rather follow in the footsteps of Margaret Thatcher than Angelina...

WASHINGTON - You listen to the word 'couple' and generally visualize an adult pair or at most, ...

'Snuggie Sutra' blankets could give Kama Sutra run for its money

WASHINGTON - Snuggies, or blankets with sleeves, might not look remotely related to sex, but with a ...

NEW YORK - A new device that sprays burglars with synthetic DNA and allows police to track them ...

Rats scurry their way to food menus across the world!

WASHINGTON - The thought of eating a rat might make many barf but in some countries, the rodent is a...

WASHINGTON - Women in red seem more attractive to men, according to a new study from University of ...

Majority of Pakistanis see US drone attacks "as their liberator," finds new study