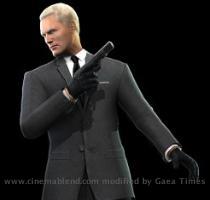 LOS ANGELES, (GaeaTimes.com)- “Golden Eye 007″ has been one of the favorite video games for several James Bond fans. However, it is set to get even better as the game is all set to be relaunched on November 2, with some new incorporation and more excitements. “Golden Eye 007″ remake will be launched for Nintendo Wii and Nintendo DS. The Nintendo Wii version will be developed by Eurocom, while the Nintendo DS version will be developed by n-Space.

The new version will have several new exciting features. The best USP of “Golden Eye 007″ is the incorporation of the voice-over of the actor Daniel Craig, the current James Bond. It will also enable Single-player, multiplayer, Online multiplayer and split screen multi players, which was not possible in its first version. The online game will permit the participation of eight players. The game revolves around the theme of the original film. However, its levels have been altered a bit, and the story has also been modified to make it more tech oriented. The modification is based on Daniel Craig’s interpretation of James Bond, so that it can correspond to the modern first person shooter in a better way. The use of watches has been substituted with advanced cell phones, so that the players can communicate with M16, scan documents and take photos. The new version has also updated the Al-Bot system and all the classic cheat menus can be seen from the start.

The “Golden Eye 007″ will involve the player to outmaneuver and overtake an arms syndicate that threatens the world in an innovative way. The game will facilitate the player to adopt the “lethal, gritty Style” of Daniel Craig. The game has been written by Bruce Feirstein and published by Activision.