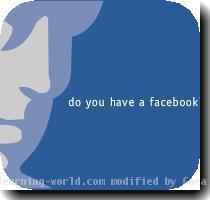 WARSAW, Poland — Henio Zytomirski’s Facebook profile picture stands out from most. The grinning 6-year-old is captured in black and white and poses in an old-fashioned buttoned-up shirt and shorts.

The photograph, shot in 1939, is probably the last taken of him before he was murdered in the Holocaust.

A group in the boy’s hometown of Lublin is using the social networking site to breathe virtual life into Henio’s stolen childhood and give people around the world the chance to get to know him — as well as mourn the millions of others killed by Nazi Germany.

With nearly 3,000 friends, Henio’s page is one of the most striking examples of a new phenomenon in which people are setting up Facebook memorials for the victims of the past century’s greatest tragedies. Another project in Belgium attempts to create Facebook pages for each of the 27,594 Allied soldiers who were killed in Belgium during WWII, and Anne Frank and the Auschwitz memorial site are also on Facebook.

Facebook and MySpace users have long been creating memorial pages for friends and family, but these new projects aim to rekindle lives of the more distant dead who might otherwise be forgotten.

“Henio was an eyewitness and a victim to the Nazis’ actions. Because he was murdered, he could never provide his testimony,” his page says in a post written by Neta Zytomirski Avidar, a cousin of Henio’s who lives in Israel and has helped build the site. “We try to guess what might have been his testimony.”

On Henio’s page, postings made by Henio’s cousin and other administrators shift between third-person descriptions of his life and posts in the voice of dead boy.

One of Henio’s pictures shows a Hebrew-language book — the kind Henio would have studied from if the war hadn’t broken out on what was to have been his first day of school, preventing him from ever attending.

The caption in Polish reads: “It will be September soon. I will go to school. I wonder what’s it like at school. I’m a bit afraid. Daddy says there is no need to be afraid. After all — he is a teacher. Today I saw my textbook.”

Some historians and educators fear the use of the social media in war remembrance could trivialize tragedies like the Holocaust, or that postings like those in Henio’s name could blur the boundaries between fact and fiction.

Adam Kopciowski, a historian at Lublin’s Marie Curie-Sklodowska University who specializes in Jewish studies, believes posts written in the dead boy’s voice raise ethical questions and amount to “abuse toward a child that has been dead for the past 70 years.”

Certainly amid the postings for Henio, some mundane, even silly, messages can be found on his Wall, such as invitations to play the popular Facebook game Mafia Wars. Some send him little virtual gifts: a bouquet of flowers, honey from Israel, dreidels at Hanukkah.

Joy Sather-Wagstaff, a cultural anthropologist at North Dakota State University, said the virtual gifts should not necessarily be seen as frivolous.

She said she sees the Henio phenomenon as one way people today grapple with what death means in an era of great tragedies of scale, from the Sept. 11 attacks to the recent earthquake in Haiti.

Pawel Brozek, a history student who helps administer the site, said that when the project was launched last summer, it initially drew criticism from several Poles who said it insulted Henio’s dignity. But those voices were quickly hushed by an outpouring of positive reaction from around the world.

Anthropologist Mark Auslander, a Brandeis University professor who specializes in the use of ritual and art in commemorating the dead, said he believes social media like Facebook are “vital new technologies” that hold great promise in education, and that Henio’s site is one of the most captivating he has seen.

He discussed Henio in a recent blog, writing that “thousands of people log on in order to enter in to some sort of symbolic exchange with the Dead, to engage in an act of nurturing directed towards the other world.”

“The phenomenon is very fascinating,” Auslander told The Associated Press. “It tells us something profound about our deep desire around the world to be linked to one another through these fragile traces of memory. And this is potentially a very wonderful and beautiful thing.”

Technically speaking, Henio’s page goes against Facebook rules: Profile pages are meant primarily for individuals who are still living, to communicate with one another, share photos, play games. For users who have died, it’s possible to set up a “memorialized” account so friends and family can pay tribute.

Pages for businesses, celebrities and other public figures, meanwhile, generally have “fans” instead of “friends” — and that should also be the case for victims of historic tragedies like Henio, said Facebook spokesman Brandee Barker.

A big reason for this is that Facebook limits the number of “friends” individual users can have to 5,000. Fan pages for businesses and public figures have no such limit, so any number of Facebook users could join as fans in tribute to the individual’s life, Barker said.

She added that in “certain cases,” Facebook will work with users to “migrate” a profile page to a fan page.

Henio and his family were forced in 1941 by the Nazis to live in Lublin’s ghetto — one of the hellish places where many Polish Jews died from a lack of food, diseases or random executions.

At some point in 1942 Henio and his father Szmuel were sent to the nearby Majdanek death camp, and it is believed he died there by early 1943. His father was killed there soon after.

Henio’s Facebook page evolved from earlier commemorative projects launched by the group “Grodzka Gate-NN Teater” that uses theater and other forms of performance to resurrect the memory of the 40,000 Jews who lived in the eastern Polish city before the war — a third of the city’s population.

Henio was chosen because a trove of family pictures and letters was made available to the Lublin group by his cousin.

“Forty-thousand names and faces … cannot be memorized,” Henio’s profile says, urging people instead to: “Remember just one of them.”

In a typical response, an Italian Facebook “friend” of Henio’s wrote this month: “Little Henio, I think about you often. I consider your presence on Facebook a great opportunity to reflect, more real than many friendships granted to real people. Thank you, Henio. I hope you can have many friends.”

Piotr Kadlcik, the leader of Poland’s Jewish community, said that in today’s rapidly changing world he welcomes the effort.

“Absolutely all forms that help us spread information about the past should be used and encouraged,” Kadlcik said. “These are not times for honoring people with huge marble monuments and official ceremonies.”

A similar drive is also behind a new Belgian attempt to create Facebook pages for each of the 27,594 Allied soldiers who were killed in Belgium during WWII and are buried in Belgian cemeteries, men from countries including the U.S., Britain, France and Australia.

High school students are each being asked to research the lives and battles of a chosen soldier and — with the help of archives kept by the Institute for Veterans — produce a Facebook page for each one with photos, audio and video. It is hoped relatives of the dead soldiers will submit whatever documents and other evidence they have.

The first Facebook page created as part of that project honors Lance Cpl. Thomas Leslie Cartwright of High Wycombe, England. Cartwright was killed in fighting in 1944 and is buried in the Kasterlee War Cemetery in northern Belgium along with 99 comrades of the British Army’s Royal Scots.

The plan is to have each soldier documented on Facebook by 2014, when the country will mark the 70th anniversary of Belgium’s liberation.

“You are only dead if no one talks about you anymore,” said Pol Van Den Driessche, a Belgian senator who launched the project, known as “Live and Remember.”

COIMBATORE - Teenagers from across the country participated in a go karting competition here over...

WASHINGTON - A new study has found that low amounts of albumin in the urine strongly predict faster ...

MELBOURNE - Two staff at a China bee farm covered themselves in tens of thousands of bees during a p...

WASHINGTON - Airplanes may soon start looking like birds as scientists are pondering over re-designi...

LONDON - A new study from the University of Exeter (UK) has said that global CO2 emissions may reach...

66pc Brits worry about finances but don't do anything about it

LONDON - A new survey has revealed that nearly two-thirds of the British are worried about their fin...
Copyright© 2010 The Gaea Times