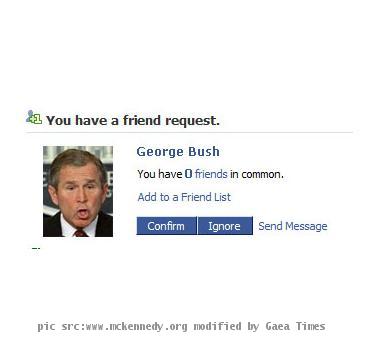 SEATTLE — U.S. Web surfers are spending more time socializing on Facebook than searching with Google, according to new data from researchers at comScore Inc.

In August, people spent a total of 41.1 million minutes on Facebook, comScore said Thursday, about 9.9 percent of their Web-surfing minutes for the month. That just barely surpassed the 39.8 million minutes, or 9.6 percent, people spent on all of Google Inc.’s sites combined, including YouTube, the free Gmail e-mail program, Google news and other content sites.

U.S. Web users spent 37.7 million minutes on Yahoo Inc. sites, or 9.1 percent of their time, putting Yahoo third in terms of time spent browsing. In July, Facebook crept past Yahoo for the first time, according to comScore.

In August of last year, Web surfers spent less than 5 percent of their online time on Facebook, about the same percentage of their time on Google and almost 12 percent on Yahoo. In August 2007, Facebook captured less than 2 percent of U.S. surfers’ total minutes. Google accounted for less than 4 percent, and Yahoo for just over 12 percent.

To be sure, there’s wiggle room in these estimates, which comScore bases on a combination of reports from a panel of two million users around the world and data from websites’ servers. But the time spent posting photos, updating status messages and scrolling through news from friends has at least grown to rival just about everything else people do online.

NEW DELHI - India's youth, who form more than half the country's population, should be given a boost...

MELBOURNE - Jon Bon Jovi is set to take the stage for 300 guests being flown out for Oprah Winfrey'...
Copyright© 2010 The Gaea Times