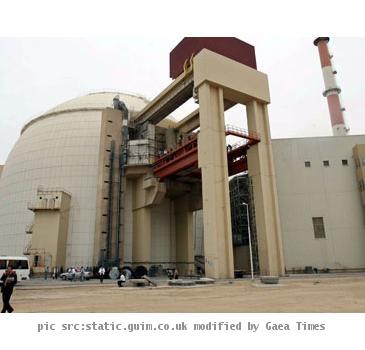 TEHRAN, IRAN (GaeaTimes.com)- The Iranian officials have admitted that a huge number of computers in the country running Windows OS have been afflicted by the Stuxnet worm. The industries and mines ministry in Iran has said that nearly 30000 computers in the country has been hit badly by the worm. The possible target of the worm is the Bushehr reactor, as it is being assumed. The Atomic Energy Organization of Iran is now on tenterhooks. The reactor is yet to get operational but the workers have started loading fuel in the reactor in the previous month. The worm has been described as groundbreaking by the security analysts and the hackers developing its code have taken advantage of some unpatched flaws in Windows operating system.

Microsoft has sprung into action and it has resolved two of the flaws exploited by the Stuxnet worm and said the rest will be resolved shortly. The experts at the Nuclear agency of Iran are trying their level best to combat the worm that has the potential of shutting down the Bushehr nuclear plant. The plant was being readied to go on line in the next month. The nuclear agency officials in Iran have called a meeting to discuss the workaround.

The Stuxnet worm has affected more computers than what has been reported by Iran. The worm made its appearance for the first time two months back. The worm reportedly has been designed to compromise the Siemens based systems used in the Bushehr plant. It is being assumed that the worm had spread through the USB drives and laptops used by the Russian technicians working in the plant.

Threats of cyber-war, as viruses get smarter

BERLIN - The debate over Iran's nuclear programme heated up over the summer, with advocates for a mi...

The exposure of Sony BMG Rootkit scandal five years ago is indeed very significant in IT history. ...

Iran: Nuclear delay due to leak, not computer wormTEHRAN, Iran — A months-long delay in starting u...

LONDON - Iran has arrested several "spies" who were involved in an attempt to sabotage the country's...

TEHRAN - Iranian Intelligence Minister Heydar Moslehi has said that an unspecified number of '...