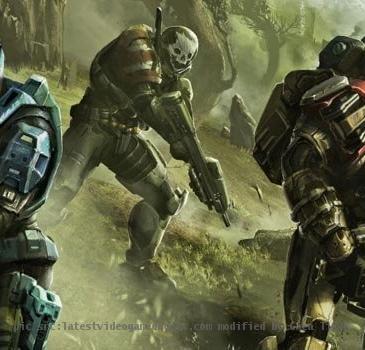 NEW YORK (GaeaTimes.com)- Microsoft is aiming to repeat the success of Halo 3 with the release of the latest game in the franchisee named Halo Reach. The game was launched officially at midnight at New York City and as expected the launch made the fans of the series exuberant and excited. Halo 3 sold in record numbers and held the position of the best selling console title for some time before it was eclipsed by the Call of Duty series of games. The ardent fans of the series gathered outside stores to see the launch as well as bag the game before others could. The launch of Halo Reach was also attended by major media entities. This is the last Halo title developed by Bungie Studios and the subsequent versions of the game will be made by another developer.

As a matter of fact Xbox became popular among the console gamers to an extent because of the Halo series of games. The popularity of the first Halo game made the console a much sought after device among the gamers. While the plot of Halo Reach is not very different from that of the earlier games in the series Microsoft is sure that it will repeat the success of Halo 3 and may even surpass in terms of sales.

Microsoft Corporation’s entertainment director Stephen McGill is confident that it will please the veteran Halo gamers. Microsoft has warned that if it finds any gamer playing illegal copy of the game Halo Reach it would deactivate his membership. Halo Reach will have to battle it out with the latest releases of two dominating console games- Medal of Honor and Call of Duty.

LONDON - Gwyneth Paltrow has credited superstar pals Beyonce and Faith Hill with helping her to ...

Soon: Electric cars that get charged without electricity!

WASHINGTON - A Kiwi firm has developed a technology that can charge an electric car with the help of...

Did Earth encounter pieces of an alien visitor yesterday?

WASHINGTON - Last night, Earth apparently encountered pieces of an alien visitor, according to...

It seemed game over for the Project Gotham Racing as Activision bought the developers Bizzare Cr...

MELBOURNE - Gone are the days when mums would pass time by gossiping or shopping-the new age mothers...

LONDON - A British photographer has captured on camera an optical phenomenon known as an ice rainbow...

A car that runs on land, sea or in air

LONDON - It is a car that could come straight out of a James Bond movie, changing into a speedboat, ...

NEW DELHI - As laser lights danced in the sky and the best of Bollywood and Indi-pop music brought t...
Copyright© 2010 The Gaea Times