China Overtakes US in Supercomputer Performance 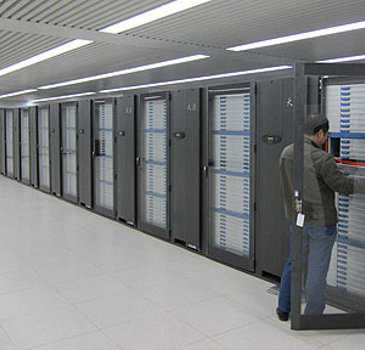 The Chinese Tianhe-1A system at the National Supercomputer Center in Tianjin has achieved a milestone of 2.57 petaflop/s (quadrillions of calculations per second). That’s why 36th edition of the TOP500’s world’s most powerful supercomputer list put China in the top spot, the organization said Sunday.The Jaguar supercomputer at Oak ridge Laboratory in US performed 1.75 pentaflops/sec. The third spot goes to Chinese-built system, called Nebulae, which achieved 1.27 petaflop/s.

Jeremy Smith, director of the Center for Molecular Biophysics at the University of Tennessee commented that China may have the largest number of cores in one computer, so they can demand as the maker of top supercomputer theoretically. But it is possible that they may not have the most powerful scientific codes yet that use that Supercomputer. However, according to Jack Dongarra, a professor at the University of Tennessee’s department of electrical engineering, the Chinese achievement should be considered as a ‘wake-up call’ for United States and others.  Dongarra further said to CNET if the US wants to respond for the Chinese milestone, it should try thinking of supercomputers as race cars.

‘In order to run the race car, you need a driver. You need to effectively use the machine. And we need to invest in various levels within the supercomputer ecology,’ he reportedly said. ‘The ecology is made up of the hardware, the operating system, the compiler, the applications, the numerical libraries, and so on. And you have to maintain an investment across that whole software stack in order to effectively use the hardware. And that’s an aspect that sometimes we forget about. It’s underfunded.’

BEIJING - China has reportedly sent three warships to escort a Chinese cargo ship, which was atta...

GUANGZHOU - Indian men and women registered convincing wins and stayed on course for a semifinal ber...

NEW DELHI - A renowned London University scholar on Myanmar has confirmed that "North Korea is prese...
Copyright© 2010 The Gaea Times