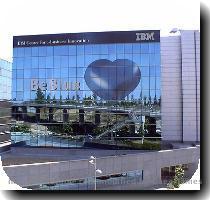 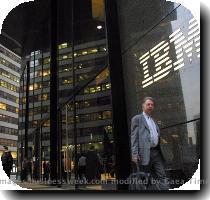 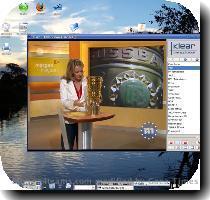 SALT LAKE CITY — Novell Inc. never sold ownership rights to Unix computer software code when it allowed another company to take over the servicing of the venerable server operating system used by large corporations, a jury in Utah decided Tuesday.

The verdict was a setback for The SCO Group of Lindon, Utah, which hoped a victory would help lift it out of bankruptcy and strengthen a separate case alleging IBM Corp. misappropriated Unix code for improvements that made the open-source Linux operating system run better.

Some former Novell executives testified that they intended to sell the copyrights along with the Unix operating system, and SCO Group offered an amendment written a year after the 1995 sale that it said transferred the rights.

“Obviously, we’re disappointed in the jury’s decision,” said SCO trial lawyer Stuart H. Singer. “We were confident in the case, but there’s some important claims remaining to be decided by a judge.”

SCO will ask U.S. District Judge Ted Stewart to award the copyrights to SCO “even if we didn’t have them before,” he said. “It’s a setback, but it’s not over.”

SCO filed a slander-of-title lawsuit in 2004 asserting Waltham, Mass.-based Novell hurt its business and reputation by claiming it sold serving rights, but not copyrights. SCO was seeking damages of up to $215 million.

“Novell is very pleased with the jury’s decision confirming Novell’s ownership of the Unix copyrights, which SCO had asserted to own in its attack on Linux,” the company said in a statement. “Novell remains committed to promoting Linux, including by defending Linux on the intellectual property front.”

Novell bought Unix from AT&T Corp. in 1992, and SCO has said its predecessor, Santa Cruz Operations Inc., paid Novell 6.1 million shares of SCO stock valued at more than $100 million for the Unix rights in 1995.

In return, SCO got Unix source code and the right to license improved versions, he said.

“It’s an important win for the open-source community because SCO had argued there was protected Unix in Linux and had sought substantial licensing fees from Linux users based on that claim,” Jacobs said.

The verdict came after a three-week federal trial in Salt Lake City.

COLUMBUS (GaeaTimes.com)- Just a day back the FDA came down heavily on the drinks manufacturers ...

MIAMI, (GaeaTimes.com)- Not too often has Utah Jazz been able to perform as spectacularly as y...

How brain is wired for attention

WASHINGTON - Scientists have created a wiring diagram that shows how the brain pays attention to vis...

The Accused On The Elizabeth Smart Kipnapping Evicted

LONDON - Oscar winning filmmaker Danny Boyle says he was left so traumatised after camping that he h...

UTAH (Gaea Times.com) What can be a better gift for Halloween than an iPhone with real looking g...
Copyright© 2010 The Gaea Times