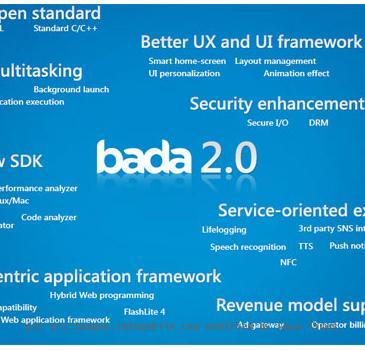 Is Bada going to be bigger than Android? Well we are hesitant to make any comments at this point. It is however in our capability to list the reasons why we feel this platform might be worth your attention span.

It was highly improbable that Samsung’s wannabe “Smartphone Platform” would succeed. It seems that the things are going well for the nascent platform. A new information on this platform is that at a developer event in South Korea the first peek into Bada 2.0 has been revealed. A new framework along with better support for apps make it an interesting proposition. The platform also flaunts its newly acquired NFC capabilities not to mention a revamped SDK that claims to support Mac and Linux.

There is more to be seen of the new Hardware and it would be smarter to comment on its fate at that stage. For now it seems that the platform is taking baby steps to the right direction. The update is due in 2011.

As the festive season is knocking our door, people are gearing up to buy gifts for their loved o...

SAN FRANCISCO (GaeaTimes.com)- As Black Friday is drawing closer the giant US retailers are leav...

Are you going to get yourself a Samsung Galaxy Tab, why not check out the facts and features first. ...

Brought to you by Samsung Electronics, Samsung SCX-3201 happens to be the world's smallest multi-f...

Well its that time of the year again when each and every one gets to empty their wallets for the...
Copyright© 2010 The Gaea Times