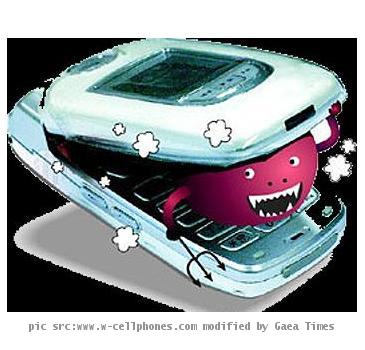 SANGHAI, CHINA (GaeaTimes.com) — Recently, a cell phone virus has affected millions of cell phone users in China itself. The virus has been named “Zombie virus” and has been spreading since September 2010.

The Zombie virus comes built into a fake anti-virus application that many are unwittingly downloading for protection. Instead of providing protection for the cell phone users, the application launches a malicious virus. The zombie virus starts by sending the phone’s info and contact list to the hackers. With that information the hackers begin their assault on the phone and the user’s contacts. The contacts begin receiving non-stop text messages which collectively have added up to $300,000 (2 million CNY) per day in texting fees to those infected.

Unfortunately, the source of the virus is still to be discovered.

WASHINGTON - It may sound like yet another romantic comedy from Bollywood, but young Indians at home...

SAN FRANCISCO (GaeaTimes.com)- For all those who have been wondering who the hottie is in th...

NEW YORK - The former jetBlue flight attendant, who made headlines when he quit his job and th...

WASHINGTON - The next time you chat endlessly on your cell phone, better be careful, as it can lead ...
Copyright© 2010 The Gaea Times