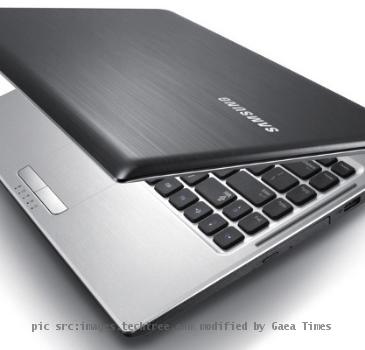 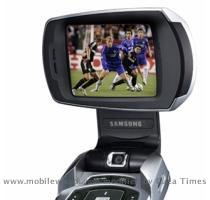 Never mind that when you get to the store to sample 3-D TV, you discover that World Cup soccer in 3-D may not grab you like a scene from the 3-D animated film “Monsters vs. Aliens.” The soccer match seems disappointingly flat in its wide shots. “Monsters vs. Aliens” immerses you in its animated antics.

You’ve just learned a basic lesson of 3-D: It isn’t all the same.

But when it’s good, it’s very good. It sucks you in. It’s in your face, you’re in its face. Or so it seems. No wonder you’re picturing one of these sleek, wide-screen beauties in your own living room.

That’s what visitors to the Sony 3-D Experience at CBS’ consumer research center in Las Vegas are saying, according to preliminary polling results. Two-thirds of the visitors to this exhibition at the MGM Grand Hotel & Casino say their next TV will be 3-D-capable, reported David Poltrack, president of CBS Vision.

Maybe much of the public is pre-sold by now.

“3-D is a form of content that people not only like, but are willing to pay a significant premium at the box office for,” Poltrack said.

“That 3-D theater experience captivated millions of people and made them realize, ‘There’s a new dimension that I’ve been missing,’” Schinasi said. “The result is, they’re saying, ‘I want to experience that at home.’”

In these early months of 3-D-mania, jolted by the December release of “Avatar,” a growing number of manufacturers (including Samsung, Panasonic and Sony) are wooing you with mirror-thin 3-D models whose screens stretch 40 inches and beyond, and whose price tags start at about $1700.

Granted, you can’t yet frolic with the Na’vi in your home in 3-D; only a 2-D edition of “Avatar” is currently for sale. But ESPN is airing 3-D sports events (including World Cup soccer). DirecTV has just flipped the switch on a trio of 3-D channels. And Discovery says its 3-D channel, in partnership with Sony and IMAX, will debut early next year.

Headed to the marketplace by year-end will be dozens of 3-D movies, games and other home videos viewable with 3-D-ready Blu-ray and PlayStation players.

Meanwhile, some 3-D TVs boast an additional feature that converts any 2-D show to 3-D, at least in a limited version that offers a measure of interior depth, although nothing will leap out at you into the foreground.

Where it goes after that will depend on several as-yet-unanswerable questions.

For starters, will 3-D prove to be more than a passing fancy?

Already, 3-D is encountering skeptics and outright detractors. Prominent in the latter camp is veteran film reviewer Roger Ebert, who in a recent column listed numerous reasons why he “hates” 3-D, blasting it as “a waste of a perfectly good dimension.”

He and other 3-Dtractors insist its illusion of depth — the result of paired images of the same scene, one directed to each eye — only undermines the 3-D effect that conventional TV and cinema have always conveyed.

And then there’s that issue of the glasses, which, until further notice, are a necessary part of the deal. So-called “active shutter” eye wear is costly (about $150 per unit) and incompatible from one brand of 3-D TV to another.

It’s also isolating: Isn’t there something ironic about a dandy new 3-D set that reunites the family for group viewing, yet separates Mom, Dad and the kids from one another by their need to wear those specs?

“My first reaction to 3-D was, ‘Who’s going to wear those glasses?’” said veteran producer and network boss Garth Ancier. “I multitask when I watch TV. I sometimes use TV like radio, almost.

“But 3-D is such an engaging experience that when you put on the glasses and see something well shot in 3-D, it’s quite different from anything you’ve ever seen before on TV. It’s like looking into another world, as opposed to a flat world.”

Of course, this new world doesn’t just create itself. It calls for innovative filmmaking techniques to make viewing effective and comfortable to the eye.

With that in mind, earlier this year Sony opened its 3-D Technology Center, aimed at giving cinematographers and directors instruction in adapting their well-honed 2-D skills to 3-D’s possibilities.

Tip: Rapid cuts, a staple of 2-D cinematography, can be dizzying to watch in 3-D — not to mention superfluous.

“So much of what we do in 2-D with multiple angles and cutaways is helping the brain build a model of what’s actually going on in space,” Cookson explained. “But you can find ways to create that same understanding by using the depth of 3-D, and you might choose not to make all those cuts.”

“People laugh and say, ‘I certainly want to see “Spider-Man” in 3-D, but I don’t want to see “My Dinner With Andre” in 3-D,’” Cookson said. “But I’m not so sure. I think a kind of intimate dialogue between two people in 3-D might seem like it was really happening there on the screen. I think that might be interesting.”

Ancier agrees. The arrival of high-def TV a few years ago opened up the world to panoramic vistas of eye-popping sharpness. But now 3-D invites involvement, even intimacy with the viewer, he proposed. Little, not big, might work best in 3-D.

“The things that play better in 3-D aren’t faraway and spectacular and grand, but closer and smaller,” said Ancier, noting, “That’s what you notice in your own world as being three-dimensional. When something is close up, you really do see the depth of it. So 3-D television may end up being a close-up medium as opposed to a big, spectacular medium.”

In any case, it’s handing filmmakers new opportunities and rules after a century of 2-D moviemaking.

“It’s a new language, a process of framing and editing in a different way,” said Dean Devlin, who heads Electric Entertainment, a studio and production company, and who serves as executive producer of the TNT drama series “Leverage.”

“It’s going to change the way in which we tell our stories,” Devlin said. “What we learned from ‘Avatar’ is, you can use 3-D so it’s not just a gimmick. With 3-D, you really feel you’re in the room with these people and your response level changes in a way that it couldn’t before.”

A fascinating work-in-progress, no doubt. But how often, and for how long, will viewers want to hunker down for 3-D in their homes?

No one knows how much immersion 3-D’s couch potatoes will embrace. Nor can anyone anticipate the audience’s tolerance for those newfangled glasses, but without hard answers, Sony’s Cookson is philosophical.

“I find that in my everyday life,” he says, “if I don’t have my glasses on, the real world doesn’t look very 3-D either.”

ESPN is owned by The Walt Disney Co.; TNT is a unit of Time Warner Inc.

EDITOR’S NOTE — Frazier Moore is a national television columnist for The Associated Press. He can be reached at fmoore(at)ap.org