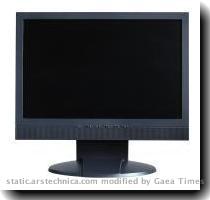 Microsoft released a number of security updates for Windows XP, Vista, and 7 recently, which seems to be working behind the mysterious Black Screen of Death (BSOD). However, it’s not the black color, instead of blue, that is the cause of concern, but the real trouble lies in the fact that the computers stop working with the new updates. Normally the blue screen of death is associated with hardware or driver failure. Microsoft is yet to confirm the reports on Black Screen of Death. According to Security company Prevx, they received tons of reports from customers about a different kind of BSOD rather than blue.

Microsoft released the latest Patch on Tuesday, November 10, 2009. The latest patches included updates for Access Control List (ACL), a list of permissions for a logged-on user, in the registry. The installed applications, especially the security products, are failing to support the changes, leading to system crashes. Microsoft clearly wanted to improve the security of Windows, but for some users, the solution ended up breaking their installations.

After starting your Windows 7, Vista, XP, NT, W2K, W2K3 or W2K8 PC or server the system appears normal. However, after logging on there is no desktop, taskbar, system tray or sidebar. Instead you are left with a totally black screen and a single My Computer Explorer window. Even this window might be minimized making it hard to see.

Prevx has released a fix to the problem, which is available on its site - here

3 Gadgets to Buy this Black Friday

Black Friday signals the onset of shopping spree for Christmas Day and here we have made a list ...

This game is based on the well-known game called "Mastermind". It follows the same rules. The goal o...

LONDON - A new study has revealed that black holes a few times the mass of the sun may not exist to ...

Pet dogs can transform lives of the disabled

LONDON - Pet dogs can transform the lives of the disabled, including autistic children, researchers ...