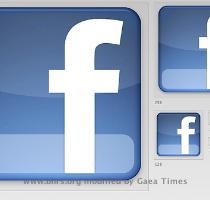 NEW YORK — Kids under 13 aren’t allowed on Facebook, but that hasn’t stopped many of them from joining.

Togetherville, a social network for kids ages 6 to 10, hopes to lure them into a more age-appropriate setting. The site, whose founder has three children under 10, launches Tuesday night.

It’s free to join, and kids’ accounts must be created by their parents using their own Facebook logins. Parents can approve or reject their children’s friends and see what types of activities or games their kids are up to.

“The adults participate directly,” said CEO and co-founder Mandeep Dhillon, whose kids are 8, 5 and 2. “Which is why this is not a digital babysitter.”

Kids have separate logins to Togetherville, and the site looks different depending on whether a parent or a child is logged in. For kids, there are games, pre-screened YouTube videos and other activities, such as educational applications, but no ads.

There are even Facebook-style status updates, called “quips,” with a twist: kids choose from a preselected menu of updates, which change daily. Dhillon says that’s because when given a blank space to type in, kids tend to either write gibberish or get stumped by to say. But if they want to, they can send in their own “quips” for approval.

Parents can send their kids virtual gifts, review their activities on the site or look at virtual art they’ve created. Togetherville plans to make money by selling virtual goodies for its games.

The site taps into a growing trend of tech-savvy parents interacting with their kids online. Stephen Balkam, CEO of the Washington DC-based noprofit Family Online Safety Institute, said he hopes Togetherville will get parents to remove their young children from Facebook, calling it a “much safer environment.”

Though they are prohibited by the sites from joining, many of kids under 13 are already on MySpace and Facebook. They lie about their age, or get their parents to do so, Balkam said.

NEW DELHI - For 48-year-old Anjan Mukherjee, a herbal products businessman in Kolkata, coming to the...
Copyright© 2010 The Gaea Times